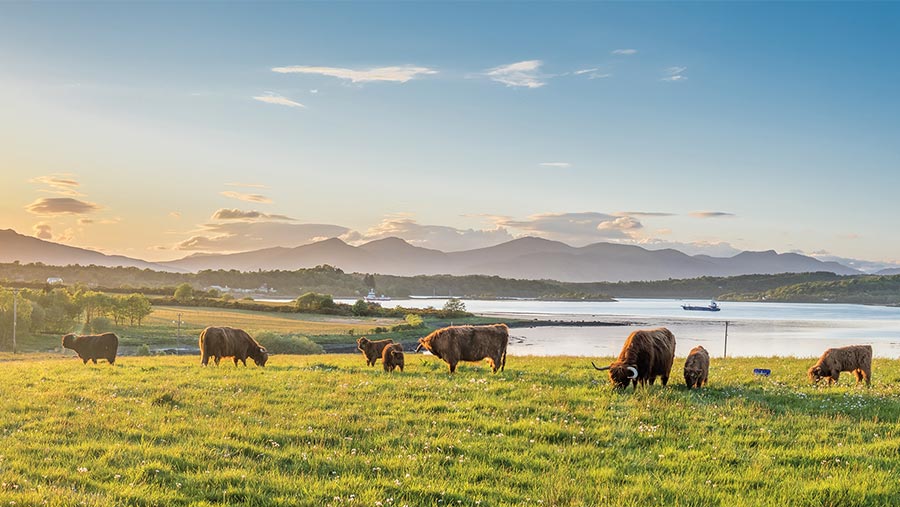 Land reform in Scotland has both encouraged sweeping changes in the agricultural sector and kept eagerly-awaited alterations on hold since its introduction four years ago.

The Land Reform (Scotland) Act 2016 received royal assent in April 2016 and set out to make significant steps, including introducing a community right to buy, creating a tenant farming commissioner and producing a new rent test.

While some changes have already been implemented – many with great success – others have been slow to progress, hampered further by Brexit discussions and Covid-19 implications.

What has been achieved?
• The Community Right to Buy legislation has been enacted
• Draft regulations have been laid for the register of persons holding a controlled interest in land
• The Scottish Land Commission has been set up
• The Act also created the requirement for the Scottish land rights and responsibilities statement, which provides the framework for current and future land reform.

What has not yet been delivered?
• Creation of repairing tenancies – a means for a tenant to take on a potentially run-down farm and bear the cost of improvements
• Tenant’s right to buy – removal of requirement to register
• Tenant being given right to buy holding if landlord is in breach of obligations
• Establishment of rent test
• Relinquishing and assignation of 1991 Act tenancies

One of the most significant reforms was the creation of the Scottish Land Commission, designed to instigate and assist change to benefit society, and one of the most successful was the introduction of tenant farming commissioner Bob McIntosh.

Angus McCall, STFA executive director, says: “The commissioner’s remit is to promote and encourage good relations between landlords and tenants, publish guidance and codes of practice and to investigate alleged breaches of the code.

“Over the three years he has been in post, he has intervened in numerous disputes and in most cases has managed to broker an agreement between the parties or pave the way towards a solution.

“The commissioner has also been prepared to review the working practice of large estates, where necessary, much to their discomfort. As a tenant’s association, we have found his assistance invaluable, particularly in relation to pouring oil on troubled waters.”

In a recent review of the role, the Scottish government has recommended the commissioner: be given power to sanction and impose penalties for breaches of codes of practice; have remit extended to cover other business models such as joint ventures; provide mediation services; and be consulted on land reform and agricultural tenancy matters.

See also: Scottish tenant farmers tell of upheaval at being forced out

It was hoped that the long-awaited move from an outmoded market-driven rent test, towards one based on the productive capacity of the holding, would be in place by May 2020, but this change has stalled, says Mr McCall.

Instead, it looks unlikely to arrive before the end of this parliament in the spring of 2021.

Designing a rent review system from scratch has proved to be complex, and the civil service and their lawyers have been distracted from implementing the final stages of the Act by Brexit and the Covid-19 pandemic.

“When it eventually arrives, it will be a relief,” he says. “It will make it easier to track rising or falling economic trends with a system that ensures the rent to be paid is a fair rent, and reflects the productivity of the land and the profitability of farming, taking into account the relative investments of landlord and tenant.”

The relinquishment and assignation provision for tenancies has also been delayed. This measure is intended to enable a retiring tenant to sell his interest in his tenancy to his landlord or, if refused, to offer the tenancy for sale on the market.

Gemma Cooper, head of policy team at NFU Scotland (NFUS), says land and land reform are heavily politicised and contentious issues, with farmers operating in a place where the public feels increasingly entitled to have a say.

There are now three different types of formal community right to buy in Scotland, and such ownership has increased considerably. Scottish government statistics from December 2019 show 593 assets covering 518,452 acres were community owned – a tenfold increase since 1990.

“The potential for Regional Land Use Partnerships are just one of the discussions taking place currently,” she says.

“If done well, these have the potential to provide a much more strategic and joined-up approach to land use in Scotland, but they must not be allowed to provide yet more red tape and regulation for farmers.”

The tenant farming commissioner
This position was welcomed by NFUS and has been well received by industry. Bob McIntosh has been able to resolve a number of disputes on an informal basis which has been positive. Along with industry, he has also produced numerous codes of practice, which help demystify some of the complexities of secure tenancies. There is no doubt that he has an important role to play in the tenanted system in Scotland going forward.

The proposed new rent test
Opinions are divided in terms of the new productive capacity rent test. It is hard to argue against the concept of a farm being rented on the basis of what it can produce. However, discussions between Scottish government and stakeholders have shown how complex this methodology is. While recent delays have been understandable, Scottish government needs to press ahead and finalise this workstream, as there are those in the industry who are stalling major decisions while awaiting an outcome – and that is not good for the sector.

Andrew Thin, chair of the Scottish Land Commission, says: “Tackling our recovery from Covid-19 and the climate emergency means it’s more important than ever that we make active, productive use of our land in Scotland.

“The Land Commission has moved forward proposals to address the impacts of concentrated land ownership, bring vacant and derelict sites back into productive use and improve land supply for housing.

“While several of the agricultural reform provisions remain to be enacted, it’s already clear that the role of the tenant farming commissioner is encouraging better and more productive relationships in the agricultural sector. As Scotland looks to recovery and renewal, we can expect the pace of reform to quicken further.”