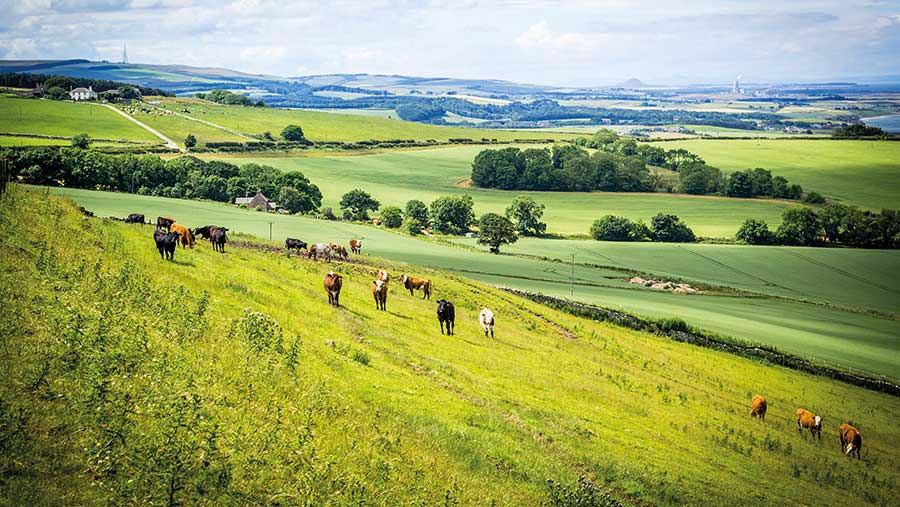 Land use in the UK is undergoing a major review that will result in seismic change, according to Savills’ Future of Land Occupation report.

This is due to the UK having left the EU and defining its own domestic agricultural policy for the first time in almost 50 years, as well as a new focus on climate change and biodiversity loss.

The end of agricultural subsidies is also set to shake up land’s future use and occupation.

Retiring from farming is not straightforward, and is not encouraged by the rules that drive inheritance tax planning.

According to Defra’s Farmer Opinion Tracker, a quarter of England’s farmers are not confident about managing the payment changes and the regulations their businesses must follow; among tenants, this increased to one-third.

Defra’s survey results suggested 5% of farmers could retire within the next three to five years, while a further 3% expected to leave farming for other reasons, and 6% expected to reduce the size of their business.

The evidence suggests that more land will be coming to the market than in recent years, through both sales and new tenancies, as farmers retire and businesses restructure to meet new market and policy opportunities.

Savills research has found that demand for Defra’s £100,000 Lump Sum Exit Scheme is likely to be strongest from Agricultural Holdings Act 1986 tenants.

A Tenant Farmers Association survey from 2021 also found that three-quarters of tenants were seriously interested in the lump-sum scheme and more than 40% considered it their only opportunity to retire from agriculture.

The payments will be less appealing to owner-occupiers, who already have the option of selling land to generate funds and have more options to retire while remaining in occupation of the land.

Overall, the scheme will benefit farmers who wish to retire, but is unlikely to tempt those yet to consider it as an option, says Savills.

It will be particularly attractive to smaller farming businesses and those making a trading loss.

After the lump-sum opportunity has passed, industry exits are still likely to continue to increase, driven by debt.

Planning, co-operation and good communication between tenants and landlords will be essential for tenants to make successful lump sum claims.

Discussions should begin early and cover what each party wants to achieve and the funds this will require.

Future housing is key to unlocking retirements and should be an early priority. For example, it could be feasible for a tenant to remain in a home on the farm at a reasonable rent.

Both parties should also ensure they understand the taxation implications of the scheme and tenancy surrender.

What is driving landowners’ decision-making?

For private landowners, inheritance tax remains a primary driver in the decision-making process.

The income return of the asset is low relative to the potential tax exposure at 40% of the capital value, so it is important that the occupation model adopted does not jeopardise eligibility for any reliefs, says Savills.

Joint ventures such as contract farming agreements are therefore likely to be the best option, followed by farm business tenancies, which all benefit from agricultural property relief and/or business property relief.

Rental income is the most stable and predictable option and Savills believes tenancies will continue to be the leading recommendation.

This suggests that overall there may be more tenancy and joint venture opportunities available going forward, rather than land being sold.

The agricultural transition is likely to generate more opportunities for new entrants into farming, which has long been an issue, says Savills.

To prepare and manage the changing landscape, the sector will need new skills, ideas, business models, thinkers and doers.

Encouraging new entrants with new perspectives and skillsets into the rural sector is an obvious way to fill this growing skills gap and must be encouraged.

Defra is planning to launch a New Entrant Support Scheme this year, which is expected to focus on building entrepreneurial skills in new entrants.