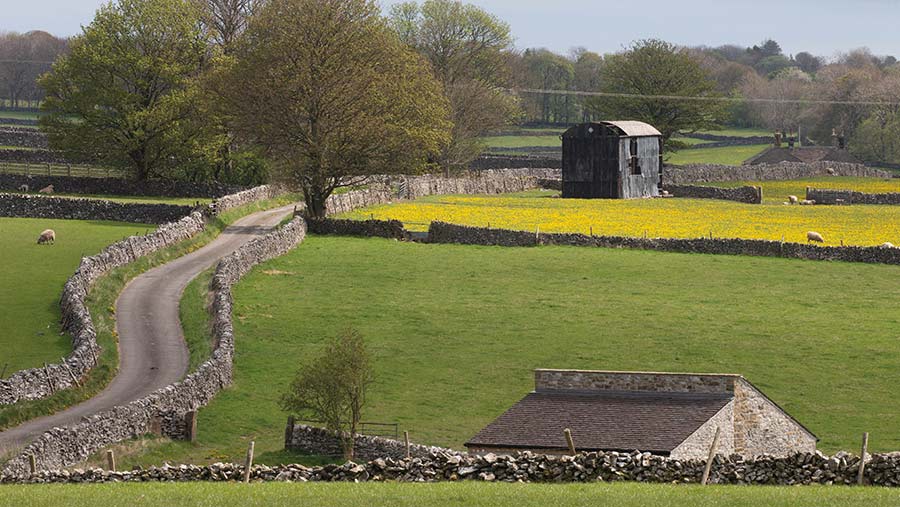 After a wholly unforeseen 2020, land experts felt 2021 would be easier to predict, starting with the effects of the UK’s exit from the EU.

Uncertainty around Brexit, Covid-19, changing farm policy, and a volatile commodities market led to most advisers forecasting more land coming onto the market and values starting to decrease as farmers retired.

But land remains a strong and stable asset, significant change takes a long time to happen, and farmers are staunch advocates of holding on for just a bit longer – so what actually happened?

The low supply looks counter-intuitive, with Covid-19, Brexit, a wet spring, uncertainty over the Agriculture Act and many other reasons for struggling, ageing farmers to leave the industry and enjoy a more comfortable retirement, said David Jones of Robinson & Hall.

“However, land supply has rarely been linked to profitability,” said Mr Jones. “For as long as a farmer is alive and solvent, most will probably keep going.

“Clearly death will be a prompt to sell, where there isn’t a successor, but otherwise the significant driver of a sale has always been pressure from the banks, and this has been absent for a number of years, due to low interest rates, climbing capital value and a number of reasonably good years when finances have been put into good order.”

However, agents at Carter Jonas have said that now new support schemes are being fleshed out, supply is expected to increase as business owners make decisions.

This is heightened by input cost increases and alongside the carrot of some healthy premiums being paid in the right areas.

Demand is high as a result of farmers and others having significant sums of non-farming cash available to spend, perhaps from a lucrative development land sale, said Mr Jones.

“Significant purchases are not often made with significant proportions of borrowed money, particularly when prices are edging upwards again,” he said.

“It is not unusual to come across individuals with literally hundreds of millions of pounds in a bank account looking for a good home, and sometimes a farm purchase is merely seen as a safe place to leave surplus cash for a while.”

The stamp duty land tax holiday certainly helped with this.

Continued demand indicates the lockdown-prompted large scale move to the countryside is not yet over, he added.

The limited supply has a big effect on this. Large blocks of land in particular have been thin on the ground, so attract considerable interest when available.

Smaller blocks are more likely to be subject to local demand, so prices can vary quite considerably.

Overall prices at the end of 2021 were slightly higher than at the beginning, said Mr Jones.

Farm rents have increased slightly, despite Defra stating that rates would decrease as Basic Payment Scheme monies fell away.

The latest data show all average rents in England have increased, to £75/acre for Agricultural Holdings Act tenancies and £97/acre for farm business tenancies.

Compared with pre-pandemic levels, there has been a 40% drop in farmland being brought to the market across Scotland.

Farmers close to retirement or looking to move holdings seem to have delayed putting their farm on the market following the Covid-19 outbreak.

There has been a considerable improvement in farmgate prices over the past 18 months, which has perhaps stemmed the need for some farming businesses, which were previously under financial pressure, to sell their holdings.

However, input costs are rising, thus margins are once again being squeezed and farming profitability is likely to be reduced. 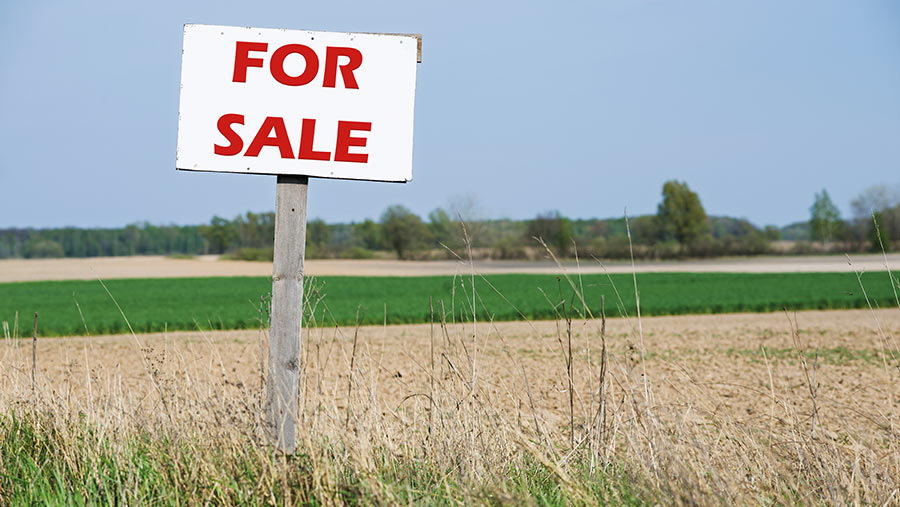 The impact of the pandemic has also significantly boosted the demand for rural residential property including smallholdings and small amenity farms since July 2020, with a number of lifestyle buyers coming into the agricultural sector.

We have not seen a rush of buyers who bought rural property over the last 18 months now looking to sell again and move back to urban areas, as some commentators may have predicted.

Land values at the more marginal end in terms of quality have risen far more, and more rapidly, than anyone would have predicted.

Existing requirements for land for forestry planting were already pushing up prices, but the wider influence of natural capital across the agricultural sector has had a marked effect.

In some areas, farmers have simply been priced out of the market for pasture and grazing land, which has risen in some cases from £1,500/acre to well in excess of £5,000/acre.