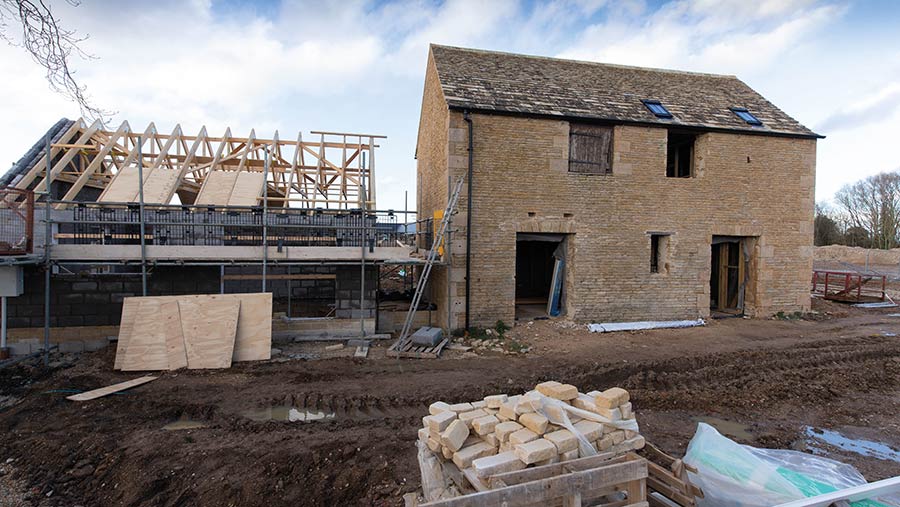 Farmers with development ambitions have traditionally only used promotion or option agreements to unlock the potential of their land, but a new system that combines the best features of these is gaining traction.

Hybrid agreements benefit the landowner and the developer and, as such, they are now increasingly common, says Savills director Patrick Moseley.

“They are a blend of option and promotion agreements, but offer landowners a lot more by giving them an important say in the nature and legacy of the development and greater confidence that they are selling the land for the best price,” he says.

The strategic land market is seeing more use of these agreements to create additional financial and social value for the landowner, Mr Moseley adds.

Under an option agreement, a landowner typically gives a developer the right to buy their land within a specified time frame – usually five to 10 years, but it can be longer – explains Mike Shaw, head of strategic development at Savills.

In return, the developer will take on various obligations at their own cost, such as applying for planning permission. If successful, they can then choose to buy the land or not.

The price they pay can either be negotiated once planning permission is granted, or fixed with a minimum price in place as a safety net under which the landowner is not obligated to sell.

The downside of this process is that negotiation is one-to-one and done with no market testing.

A promotion agreement is similar to an option, but the promoter is not usually a builder or developer.

Instead, once planning permission is granted, they will take the land to market and sell to a third party.

The landowner is legally bound to sell the site and all sale proceeds are divided between themselves and the promoter, but only after the latter has been reimbursed for planning and other professional costs.

Promotion agreements tend to favour the landowner as both parties are keen to achieve the best price possible for the land, which, because it is sold on the open market, is subject to a competitive bid process.

They tend to work best for sites of 1,000 units or fewer.

These are a blend of option and promotion agreements and are suited to larger developments because some phases will be bought by the housebuilder partner, with at least 50% usually being sold on the open market on a fully serviced basis.

It’s this element that provides a good understanding of land values, giving landowners peace of mind that the market has been tested.

Infrastructure can be installed prior to the sale of serviced parcels and this is efficient from a tax perspective, as long as the arrangements are set out in a way that satisfies the rules laid down by HMRC.

How does the process work?

In most cases, a landowner is approached by a developer or an agent.

The costs of securing a planning position can typically range from £250,000 to £5m. As this can be a risky investment for landowners, a developer or agent may be best placed to do that.

Why is demand for development land increasing?

The UK property market is cyclical and for that reason housebuilders want sufficient land with planning permissions in place for periods when demand is good.

The market is currently very strong and the planning system is favourable to large-scale development.

What kind of landowner would a hybrid agreement be relevant to?

Hybrid agreements are becoming increasingly common for development schemes of 600-plus units that might be delivered in phases.

Another benefit of the hybrid is that in choosing the housebuilder partner, landowners are instrumental in influencing the look and feel of the development.

Hybrid agreements also begin a process of placemaking – the creation of a high-quality development that offers recreation, good open space and community facilities where people will want to live, thereby enhancing value of the phases sold in the open market.

What are the pros and cons?

There are pros for landowners with all of the agreements because the value of their land will be increased significantly, says Savills.

The risk is tax and there could be changes on this in the autumn Budget.

It may make life more difficult for landowners, but if the gap between income tax and capital gains tax narrows significantly, landowners will look at other ways of bringing their land forward.