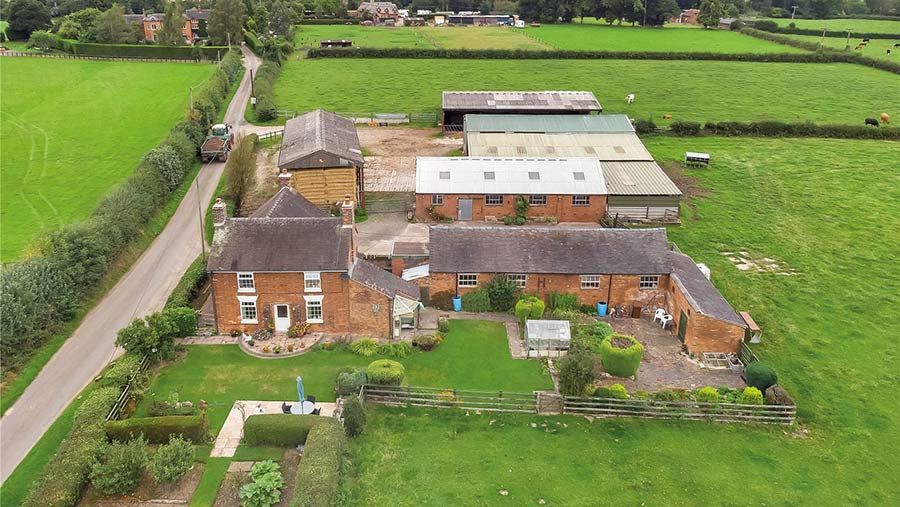 Less land came onto the open market in the West Midlands in 2021, with the number of acres launched down 38% on the previous year.

Demand remained high in the region, with a range of buyer types keen to purchase, and many sales taking place privately.

Rollover funds and investors are driving the market, often leaving more traditional farmer buyers priced out and unable to compete with those looking to offset tax from a previous windfall.

The farmland market in the West Midlands remains challenging, with a wide range of motivated buyers looking for land but being met with a shortage of supply.

Private investors (especially those with funds from recent development land sales), land developers looking for strategic land, lifestyle buyers, farmers and green investors are currently all in the market for agricultural land.

More than half of those offering on commercial farms in the West Midlands have funding from recent development sales, with close to 65% of all commercial farms and blocks of land being purchased by such buyers.

The supply of farms coming to the market remains significantly down on the five-year average, which ensures that prices remain relatively stable.

While supply does continue to be tight, there is also an ever-increasing amount of land being sold privately.

In our experience, about 50% of all commercial farms in the West Midlands are being sold privately.

Buyers and sellers should be cautious. However, while arable land is still regularly achieving upwards of £11,000/acre, there are clear hot and cold spots regionally and people can get their fingers burned if they aren’t careful.

We predict a slight increase in market activity during 2022.

The West Midlands land market has suffered a significant shortage of supply this year when compared to neighbouring regions.

The ever-increasing demand for land and farms from both agricultural and non-agricultural buyers continues, with a noticeable shift in buyer profile and acquisition motives.

However, the number of private transactions continues to hide the true volume of farmland changing hands.

Demand from environmental, conservation, and amenity-led buyers has driven some exceptional sale results, especially for smaller holdings and those in less accessible locations.

With proceeds from development land sales around the major conurbations, many rollover buyers are now forced to consider opportunities in neighbouring counties and much further afield to secure a viable acreage.

Restricted supply and strengthening demand has pushed average values up slightly across the region. Interestingly, we have seen the disparity in values contracting between the most and least productive farms.

This is due to an ever-increasing pool of buyers seeking lower-value holdings for woodland planting and conservation prospects.

Farms with alternative income streams and/or strategic development prospects remain in high demand, and we see this trend continuing.

Fisher German has launched Oak Farm, near Derrington, Staffordshire, as a whole for offers in excess of £900,000.

The 54-acre grassland holding includes a three-bedroom house, a range of outbuildings and one acre of woodland. 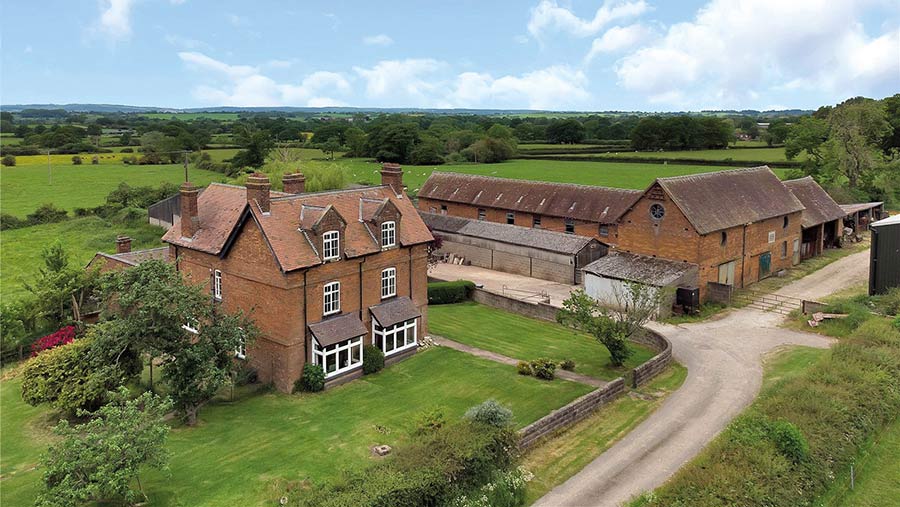 Bentilee Farm, near Abbots Bromley, Staffordshire was sold by Fisher German for more than its £2.125m guide price to a private investment buyer after more than 20 viewings.

The 123-acre ringfenced grassland farm has a four-bedroom house and a range of traditional barns and modern buildings.