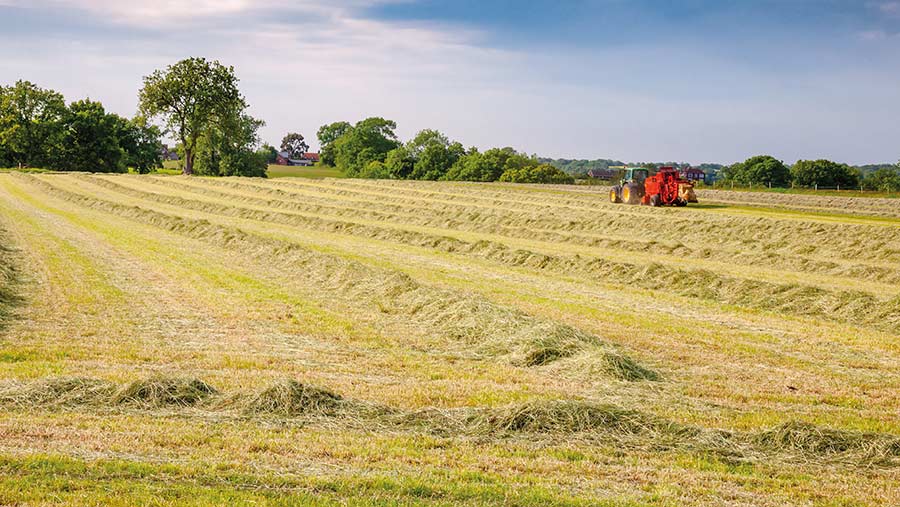 Land values across England increased by an average of 36% between 2011 and 2021, according to Strutt & Parker.

Agents say they are experiencing the strongest farmland market since prices peaked in 2015, with most farms and estates launched this year being sold for well above their guides.

Analysis of Strutt & Parker’s Farmland Database, which records the details of all farms, estates and blocks of publicly marketed farmland above 100 acres in size, shows that the smallest increase by region was still more than one-quarter (26%) in the east of England.

Matthew Sudlow, head of estates and farm agency, says the market for agricultural land has been very lively in recent weeks, with competitive bidding seen for most properties.

“At least 90% of the farms we have marketed this year have attracted significant interest with multiple bids, and have often gone to a closing date for best and final offers,” he says.

“We are seeing prices being achieved for some properties that we would not have believed 12 months ago.”

One of the factors driving demand is the wide mix of buyers in the marketplace, which includes farmers, lifestyle buyers, private investors and corporate companies.

“In times of economic uncertainty, such as we are seeing now, there tends to be a flight to land from investors because people see it as a tangible asset that is a haven for their capital,” says Mr Sudlow.

“While it is perhaps too soon to say definitively that this is happening, the signs are pointing in that direction.”

Strutt & Parker research shows there has been sustained growth in agricultural land values in England over recent quarters, and Mr Sudlow says the current buoyant market conditions point to this upwards trend continuing.

In Knight Frank’s 2022 Rural Report, Will Matthews, head of farms and farm and estate sales, says he can’t remember a better time to sell, with prices rising significantly as availability has dwindled.

While more properties are being sold privately, those sold on the open market are also seeing competitive bidding with very strong prices being achieved, he says.

The Farmers Weekly land tracker shows less than 30,000 acres have been advertised so far this year, down 17% on 2021, which itself was a pretty barren year.

“There is certainly a hesitancy to make a decision,” says Mr Matthews.

“I’m not sure if people are waiting for prices to rise even higher or whether they just want to hang on to their land during this period of political turbulence. We hoped Brexit might galvanise decision-making, but not so far.”

According to Knight Frank’s Farmland Index, which tracks the value of bare land in England and Wales, average prices rose by 14% in the 12 months to the end of March – the strongest annual period of growth since 2014.

The big question is what happens now in the face of spiralling agricultural commodity prices driven ever higher by the war in Ukraine, says Knight Frank.

Livestock and dairy businesses are already hurting from the rise in feed and energy costs, but arable farmers look set for a bumper harvest this year off the back of soaring grain markets.

However, they will also start to feel the pain in 2023 when their fertiliser bills hit the bottom line.

Farmland has a good reputation as an investment hedge against inflation, and with such high levels of demand and low levels of supply, farmland prices will be sustained, says Knight Frank.

In the 1970s – an era some commentators are comparing to the current economic turbulence – farmland still showed growth in real terms of about 75%, despite inflation running at almost 500%.

Meanwhile, leaving the EU doesn’t seem to have had an effect one way or the other, says Mr Matthews.

“Other factors have been far more dominant and I think that will be the case for at least a few more years as emerging natural capital and carbon markets attract even more buyers,” he says.