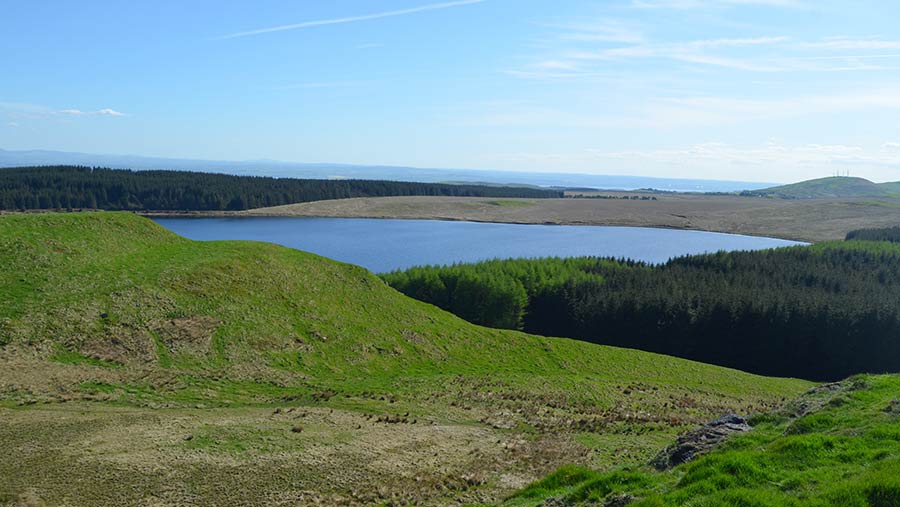 Galbraith sold 231 acres of land at Loch Glow, Kinross-shire, in excess of its guide price to an amenity buyer keen to acquire the land for environmental purposes. © Galbraith

A change in how farmland buyers view potential purchases is being driven by the government’s ambition to alter the way landowners access public money in a post-CAP Britain.

Defra secretary Michael Gove has repeatedly stated farmers who maintain and enhance the environment – embracing the landscape’s “natural capital” – will be able to unlock support.

While a farm’s productive capacity and income stream diversity remain top of most buyers’ wish lists, a handful of agents have noted a growing emphasis being placed on a holding’s current environmental credentials and future potential.

Evidence is by no means unilateral across the UK, due in part to a lack of detail on how new support schemes will be structured and when they will be implemented.

But agents have acknowledged to Farmers Weekly that change is coming and is either already influencing some buyers’ behaviour, or could do so in the future.

Duncan Barrie, partner at Galbraith in Scotland, said: “There has been certainly more emphasis given recently to alternative uses of a land holding than in the past.

“Many farming businesses are looking to take advantage of whatever schemes are available on the basis these schemes work in harmony with the existing agricultural operations.”

In Mr Barrie’s patch – and in some parts of northern England and Wales – marginal land traditionally put to extensive livestock grazing now has a new market.

“Bare hill land, and more marginal pasture land, is one asset class thath has experienced a significant rise in demand due to current upland and low-ground woodland grants on offer,” he added.

Chris Edmunds, director at Davidson & Robertson Rural in Cumbria, agrees that land for tree planting has experienced a demand surge, and expects other incentive-driven schemes to come to the fore.

“The appetite for planting land is being driven by timber demand, an increased number of investors entering the forestry market and attractive grants for planning and planting new woodlands,” he said.

“This combined with uncertainty of future grant payments is making farmers and landowners think about alternative income streams and diversification.

“With regards to current grants, we are actively engaged in this area of work and see that this will only increase in the future in respect of natural capital, public money for public goods and improving farm productivity.”

The trend is not evident in every region of the UK, however.

Chris Templar, partner at Bletsoes, said: “From what I have seen it is still very early days for the natural capital approach and there needs to be considerable research and development before any government schemes or valuation basis can be rolled out.

“I do not think it’s a key consideration for buyers at present.

“Furthermore, I haven’t noticed any increase in interest for farms with landscape benefits or potential.”

Mr Templar said his experience was that most buyers were still seeking parcels of land for high-intensity commercial farming.

He said: “While it is of course a valuation consideration, environmental features are not in my experience having a huge bearing on values.”

Robert Fairey, partner at Brown & Co, said buyers are not thinking about the environment when looking at land purchases, based on his experience over the past few months.

“That is not to say they won’t do so once the market starts up again, but this has not been a requirement that we have yet seen.”