Sales of farmland for use as vineyards can attract offers of up to £20,000/acre for the best ground in the right location.

The total acreage of the UK wine industry has quadrupled since 2000. The planted area for vines in 2021 has reached about 9,400 acres, according to WineGB.

Much of this increase (70%) has happened in the past five years alone.

The UK wine sector is expected to keep growing, agents and experts say. In 2020 there were 8.7m bottles of wine produced, but industry forecasts suggest production could increase to about 40m bottles a year by 2040.

The South East remains a key area for the viticulture sector, but there has also been expansion in Wales, East Anglia, and the South West.

In some circumstances, farm business tenancies are used, and land can be rented out for businesses to grow vines.

However, it is more common for agricultural land to be purchased outright and be converted for viticulture, due to it being a long-term investment.

Savills director Chris Spofforth says the market is growing and will continue to do so. There is good demand and vineyards are selling well, although most sales do tend to take place privately.

The best soils tend to be chalk and sandstone, according to Mr Spofforth. If the land is reasonably drained and is facing the right direction at the right altitude, more clay-based soils can also be used.

“Average selling prices are about £15,000/acre, while south-facing prime land in sought-after locations can reach up to £20,000/acre.”

The UK is the world’s sixth-largest market for wine, according to Savills’ Viticulture in Great Britain report. Export sales are also reported to have held up well, according to WineGB, despite a challenging year.

Diversification into vineyards is a potential option for landowners; however, it takes a minimum of four years from initial planting to the first full crop, which will be a major consideration for many.

As with the wider agricultural industry, production can fluctuate notably from year to year, with weather conditions playing a key role in how well the vines yield.

“Because of these risks, and in common with many other farming enterprises, it is important that proper tax advice is sought early to ensure that such tax impacts are correctly modelled and effectively planned for.

“The importance of cash flow forecasting at the outset will ensure that an understanding of expenditure levels is firmly established.

“This will help to plan any funding requirements and to inform decisions on how the funding should be raised.

“External funding from banks or investors will require a forecast as part of a business plan before they will lend or invest.”

Saffery Champness advises that existing farm businesses can diversify and put a part of the farm under vines, meaning expenditure can be offset against other farm profits.

What’s on the market 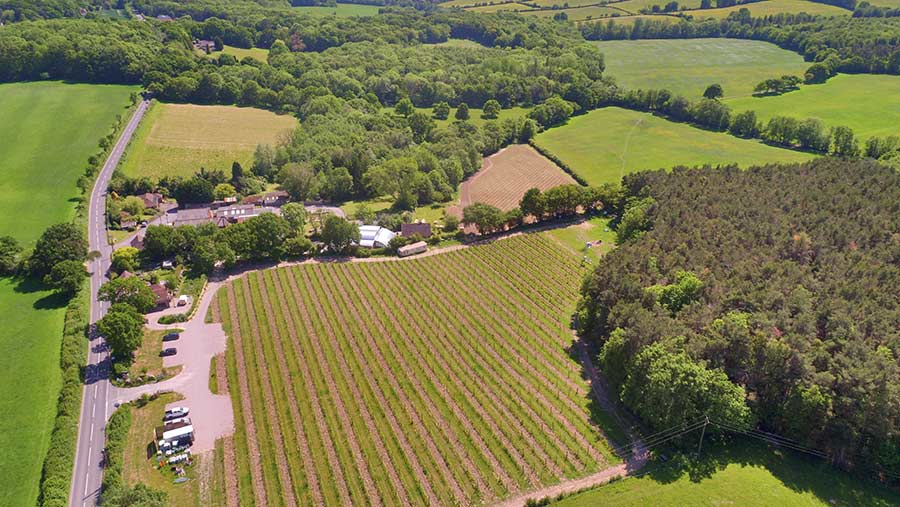 Sedlescombe Vineyard at Staplecross in East Sussex is on the market with Savills for £1.95m.

The property totals 16 acres and includes a visitor centre and a three-bedroom house subject to an agricultural occupancy condition. 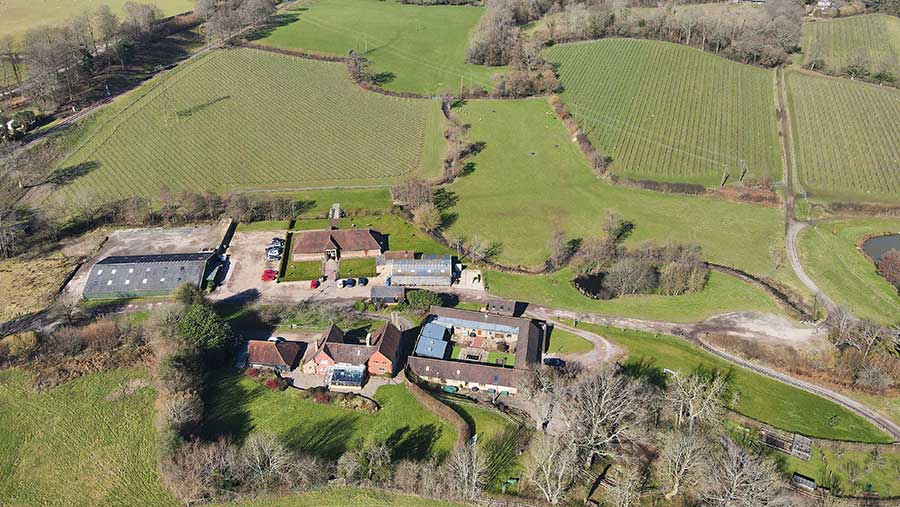 There is also a winery, visitor centre, two-bedroom cottage and a range of farm buildings.