The uncertainty of the global pandemic and the Brexit transition period has resulted in significant low supply in Wales and Northern Ireland’s land markets.

Similarly to the rest of the UK, this limited stock is combined with high demand, particularly from non-agricultural buyers who are seeking commercial viability as well as privacy and rural living, which have become more popular since the Covid-19 outbreak.

With a delay in the market, agents say buyers and sellers prepared to move this year will beat out those putting plans on hold until 2021.

James Butler, head of country agency at Savills, said supply in Northern Ireland is the lowest it has been for many years, with the coronavirus convincing many potential vendors to wait until next year.

Since the travel restrictions lifted, allowing viewings to take place, bids in excess of £10,000/acre have been achieved from multiple buyers.

Quality, scale and location are the three key factors driving prices, said Mr Butler. Buyers are prepared to pay a premium for land that already has good infrastructure and requires limited capital investment, especially if it can grow a variety of crops.

Equipped farms in excess of 100 acres generate demand from further afield, while location is more important to local buyers.

“Many potential sellers who have the ability to hold off selling until 2021 [those retiring or relocating] have mostly chosen to do so,” he said.

“It is only those who either have to sell or have the vision to benefit from the scarcity factor who have chosen to go to the market this year.”

While average values are consistent on a national level at just under £10,000/acre, regional values are more varied. Large blocks of land (more than 100 acres) command a higher price, due to the rarity factor.

Values are highest in the southern half of the province, where there tends to be a higher proportion of non-farming buyers, said Mr Butler. Meat and dairy in Northern Ireland make up a larger proportion of agricultural output than other parts of the UK, and buyers from these sectors will compete with arable farmers for smaller blocks of prime land, with up to £15,000/acre being paid for the best land.

“Business people and investors continue to dominate the market with non-farming cash funds for large farms and tend to come from further afield, while progressive farmers are dominant for smaller blocks of bare land,” he said.

“In the last year 70% of our transactions were funded in full by cash.”

Simon Edwards, partner at McCartneys, said the market in Wales is better than expected, considering the uncertainty presented by Covid-19 and the Brexit transition.

“Clients are still keen to make progress with their farming enterprises and for the right property with good-quality land they are making great efforts to secure it,” Mr Edwards said.

“There are few large farms in our part of the world coming to market. However, we are seeing good demand for small parcels of land and smallholdings, driven largely by non-agricultural demand.”

Overall, there feels to be less land and fewer farms for sale, he said. McCartneys have a number of buyers looking for stock farms with buildings and a reasonable acreage, but these units are few and far between.

Though the near future is difficult to predict, demand should be sustained, excepting any further unusual events relating to coronavirus or the UK’s exit from the EU, said Mr Edwards. 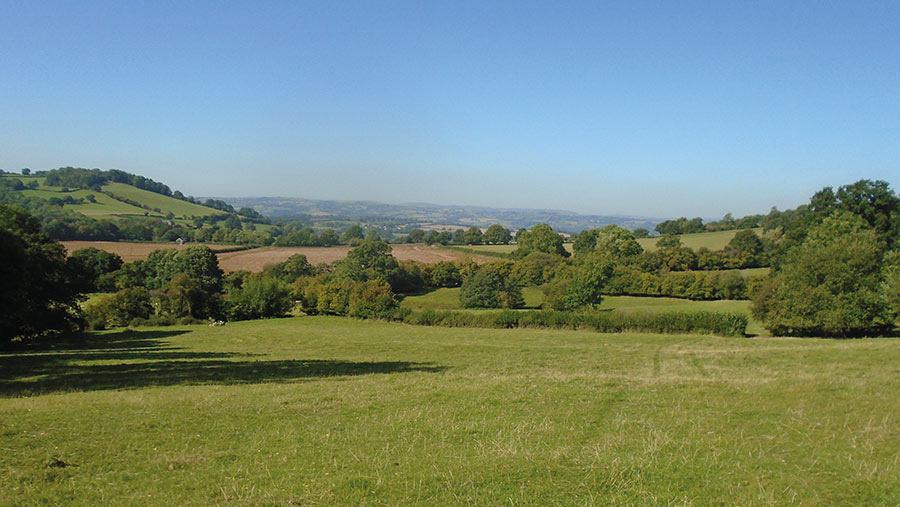 Penymoor Farm, Dorstone, is on the market with McCartneys, guided at £1.2m.

The stock farm includes 98 acres, a four-bedroom house and traditional outbuildings, and is available as a whole or in two lots. 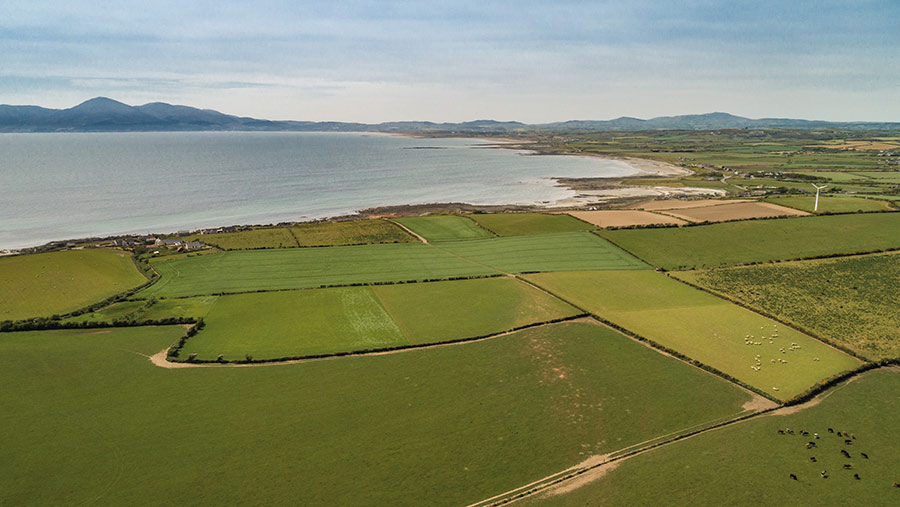 Savills has launched the 139-acre 33 Lisoid Road in Downpatrick, County Down.

The mixed arable and livestock unit includes a three-bedroom house, a site for a separate dwelling with foundations laid, and a range of farm buildings.