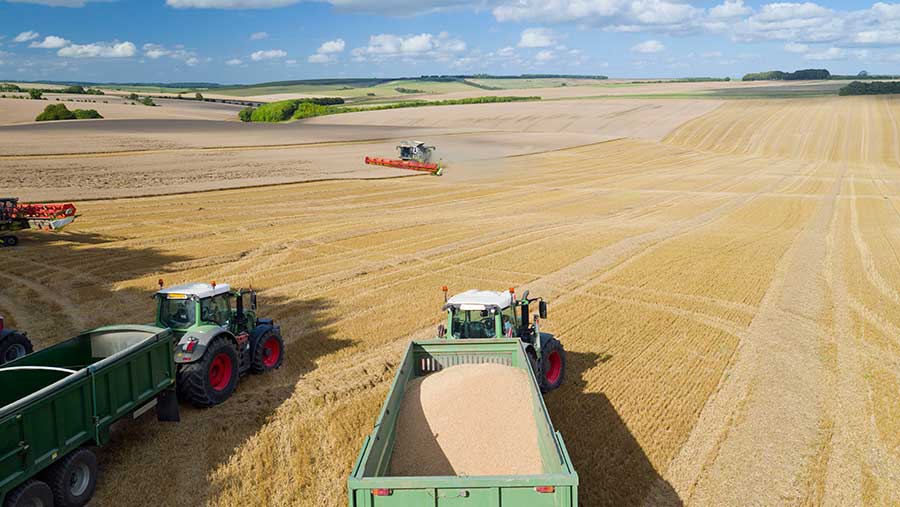 The average length of new lettings of farmland in England and Wales increased in 2016, with the area of land in the tenanted sector remaining stable at about 35% of all agricultural land.

The Central Association of Agricultural Valuers (CAAV) has published the results of its annual survey, which monitors new lettings of land and what happens when 1986 Agricultural Holdings Act lettings or 1995 farm business tenancies come to an end.

The survey, which covered nearly 88,000 acres in 2016, found the average let, covering everything from seasonal grazing through to full farms, was 4.48 years. This is nine months longer than the nine-year average and eight months longer than in 2015.

The CAAV stressed one year’s data was not enough to confirm that this was a new trend, but the figure is markedly above previous levels, which have tended to be between three-and-a-half and four years.

The tenanted sector in Scotland shrank by almost 28,000 acres in 2016, meaning over the past five years the area of let land in Scotland has declined by 88,000 acres.

In 2016, only 35% of the holdings that fell vacant were relet, with the rest of the land taken in-hand, sold or transferred into contracting or grazing arrangements.

Where lettings are still taking place, a clear majority (68%) are now bare land, rather than equipped units, with renting farms now seen as high risk and low reward for landowners.

The decline has been linked to the 2003 reforms of the tenanted sector and also to the Land Reform (Scotland) Act 2016, which will see seven different types of agricultural tenancy in Scotland, while landowners are prevented from letting for a term of between five and 10 years.

In the face of political and legislative uncertainty, landlords are choosing to pick an arrangement that gives them greater control of the land.

Other survey findings include:

Jeremy Moody, secretary and adviser to the CAAV, said having a vibrant tenanted sector was key to helping farm businesses adapt to changing demands ahead of and after Brexit.

“If tenancies are discouraged or made less flexible, then the likely structural changes in farming for economic reasons and in adaptation to a post-Brexit world will use business contracts instead.

“As is now happening in Scotland, that would bypass the let sector with its opportunities for combining flexibility with assurance and the framework it offers for investment and land management.”

Mr Moody said the key to increasing the number of new lettings was encouraging private landowners to see letting land as a practical and useful option.

“The more opportunities there are, the more open the market is to new entrants,” he said.

“It is encouraging to see that the average term is increasing, providing greater certainty for businesses trying to plan ahead through challenging times. However, more needs to be done and that falls to the government in its design of agricultural and tax policies in the years ahead.”