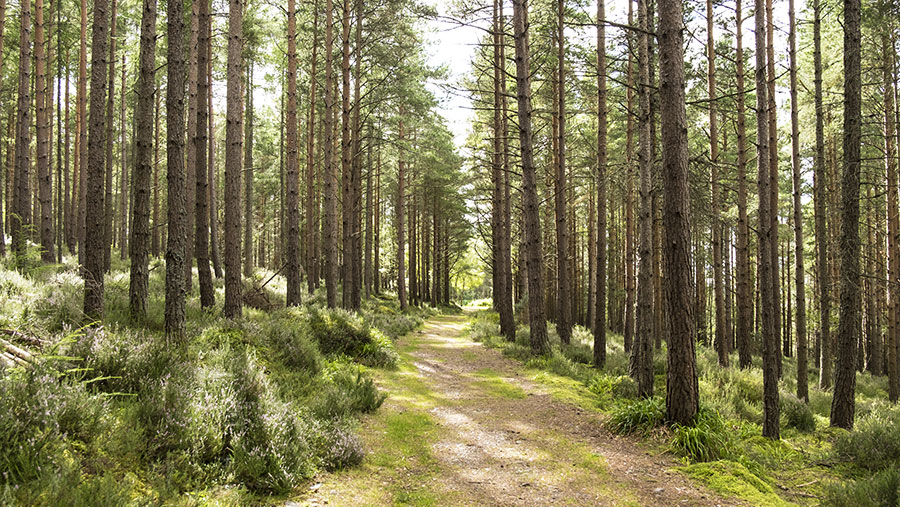 Large-scale tree planting on good quality agricultural land, which changes the land use and takes it out of food production forever, is a huge concern and must be better regulated, says NFU Scotland.

Significant recent growth in this enterprise has been fuelled by non-agricultural businesses purchasing land for planting to offset carbon emissions and boost their green credentials.

Trees are generally not being planted on prime agricultural land – or poor ground such as peaty landscapes, which would risk peat degradation – but middle-grade land is sought after.

The union remains supportive of the integration of woodlands into farm businesses, recognising the benefits such as enhanced biodiversity, alternative income streams, livestock shelter and silvopasture.

However, it says land of Grade 3.2 and above – which is still productive and useful for crops, livestock and employment – appearing “fair game” for tree planting is threatening food production and the country’s ability to become more self-sufficient.

The union also highlighted that planting incentives and unregulated carbon markets were eroding the country’s food security, adding to the risk of offshoring its emissions by increasing its reliance on imported products.

Andrew Connon, NFU Scotland vice-president, said: “We are getting calls on a daily basis from farmers who are concerned about the loss of productive Scottish agricultural land to wholesale forestry.

“It is immoral that we are planting on such quality farmland. As well as affecting food production, it also impacts opportunities for new entrants and that has a massively negative effect on the youth in our industry.

“We need more data on what’s being planted and where. We also have to be mindful about tree diseases – they’re no use to carbon sequestration if they’re not healthy.”

The union has called for a more robust screening approach when it comes to planting applications, as well as impact assessments on the local farming community and rural environment.

Evidence on carbon sequestration by crops is also desperately needed, rather than relying on trees that take 15-20 years to be effective, it said.