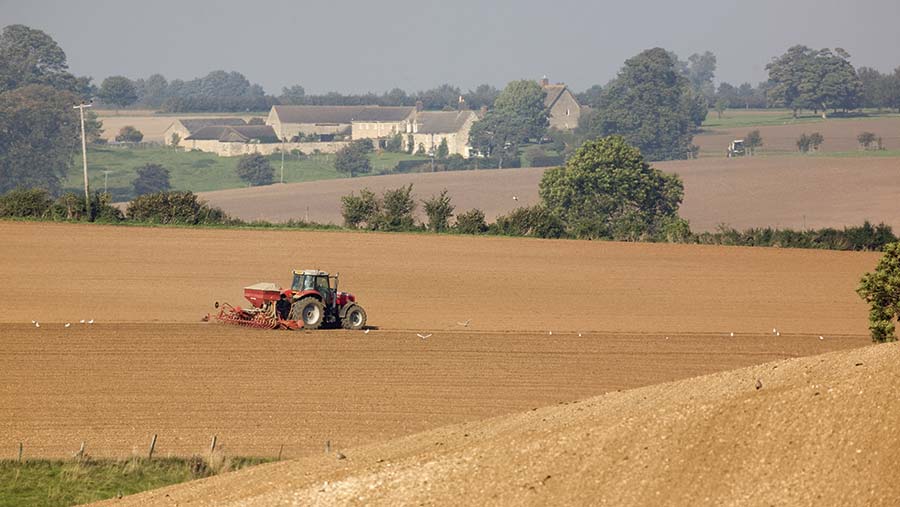 The land and property market has been dealt another blow by the coronavirus pandemic, after struggling through Brexit uncertainty and difficult weather conditions.

December 2019’s general election result provided some stability, causing confidence to grow in January, only to be stifled by the challenge of flooding and storms the following month.

Richard Nocton, partner at Woolley & Wallis, said: “Nevertheless, the number of market appraisals increased, as did the level of enquiries from buyers who were actively returning to the market.

“Plans were being made for spring launches and strategic marketing campaigns and it was all very encouraging. All of this appears to have been put on hold by the virus.”

With a number of farms set to come to the market this spring, the firm and its vendors have decided to suspend activity and monitor the situation.

The feeling is that potential buyers will be actively managing their own businesses on a day-to-day basis instead of concentrating on viewing properties, and Mr Nocton said non-farming buyers who had investments in the stock markets would certainly have their focus elsewhere.

“It appears that viewings on property will decline over the next week and then probably cease for a while,” he said. “Accompanied viewings will be actively discouraged, as will any contact between sellers and potential buyers.

“It will still be possible for blocks of bare land to be marketed and inspected, though the appetite to view may be temporarily subdued.”

With solicitors, accountants and bankers likely to be confined to working from home, deals that have been agreed should proceed but completions may be delayed.

Depending on the UK’s circumstances, farms were likely to come to the market in the summer months, Mr Nocton said.

For Brown & Co, a number of agricultural properties are close to exchanging with no sign of the buyers being spooked, and other farms awaiting best and final offers are coming along well.

All parties involved in one 300-acre block of land on the verge of exchange are working hard to get it over the line before a potential full lockdown, with documents travelling by courier from London and Bristol in order to expedite the deal.

James Walton, land agent and partner, said: “We have seen some viewings postponed due to individuals deciding to isolate themselves.

“We are geared up to handle things remotely so that won’t affect deals in progress and we do not believe, at this stage, that land will be taken off the market, but it certainly wouldn’t be a time to launch anything new, unless it was bare land.

“If a lockdown does occur, we anticipate limited activity or no activity of any substance for a period.”

The development market has seen buyers and lenders press the pause button on deals for at least 30-60 days, many of which were scheduled for exchange and completion before the end of March, Mr Walton said.

George Syrett, head of rural agency in the south of England at Savills, said the extremely wet weather early in the year meant many launches had been delayed until mid-May at the earliest, so preparations were continuing for these farms to come to the market.

“We can take a decision at the very last minute as to whether or not to delay a launch and it takes no more than 24 hours to get a property live online,” Mr Syrett said.

Viewings of farms could be carried out in separate vehicles, with conversations taking place over mobile phones, and virtual tours of dwellings and drone footage of land could also be shared with interested parties.

Savills farms and estates director Alex Lawson said the dramatic fall in the stock market might encourage people who had funds to invest to enter the land and property market, with land in particular seen as an attractive and safe asset.

However, Savills rural sales director Evelyn Channing pointed out that with reduced interest rates and no dramatic changes to agriculture in the Budget, there was no real driver for farmers to be making such decisions.

Meanwhile, Matthew Sudlow, head of estates and farm agency at Strutt & Parker, said business was going ahead as normal for his team and although the first quarter of the year tended to be quieter, there was still activity from both buyers and sellers.

“I have just exchanged on a 600-acre arable farm in the Cotswolds, acting on behalf of the buyer, and we also have a number of new instructions in the pipeline in both England and Scotland for farmers and estates that will launch in April, May or June,” he said.

“There is a good demand rolled over from last year because of the historic lack of supply.”