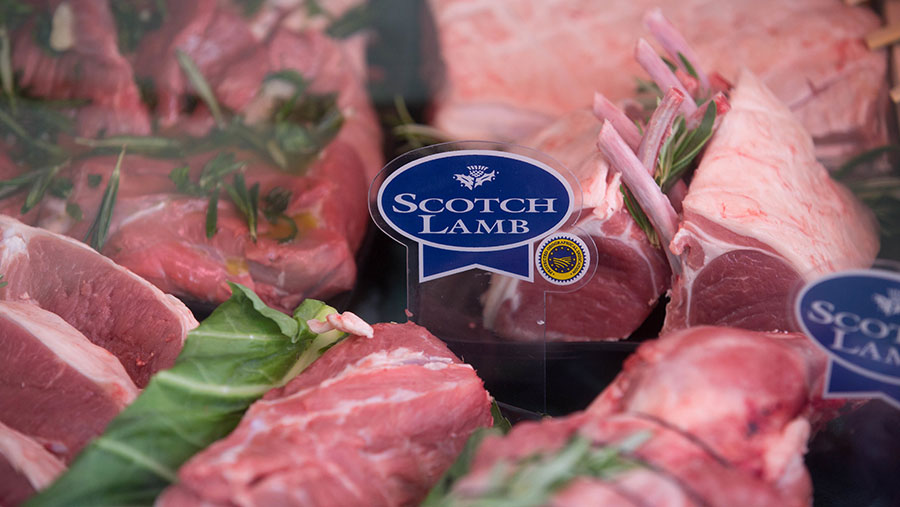 Lamb producers, industry experts and consumers have taken to Twitter to pitch solutions to reverse a worrying decline in lamb retail purchases in the UK.

Last week, Farmers Weekly published a story addressing the decline of lamb purchases in 2017, down 9.8% on the year to 13 December 2017.

In a tweet from the magazine’s official account, readers were invited to share their best ideas to promote lamb to the younger generation, as the demographic of lamb and mutton purchasers is an ageing one.

Farmers Weekly chose a selection of the best responses:

1. Rosey Norton (@RoseyTN) suggested the lamb industry as a whole needed to analyse marketing techniques employed by activists and provide a coherent set of answers to claims about lamb production – similar to the Dairy UK and AHDB Dairy resource for UK dairy farmers.

Perhaps look at the marketing of the vagans, use that as a template and have a cohesive set of answers to their accusations. If everyone sings from the same hymn book, markets to younger people, use health motivators and online chefs to target your age groups.

2. The industry needs to emulate existing success stories that highlight tasty, modern recipes and ideas for cooking lamb, according to Andrew Prentice (@Maolfarmiona).

Big campaign covering all media outlets stating the facts and benefits of lamb as well as offering quick and easy recipes. The stigma that lamb is a baby animal is also a problem…

4. Naomi Langford-Wood (@NaomiLWood) questioned whether it was time to rethink domestic lamb production volumes and to look at what consumers are eating instead?

Is this an alarm call to rethink how much lamb we produce? This is a consumer-led reduction of sales, so what are they eating instead? Do we produce all of it? If not, best trial some #wakeUpCall #lamb

5. Creator of the Young Farmers of the UK Twitter account, Georgina Gater-Moore (@Georgielmgm) emphasised the need for “Lambassadors” – influencers with a large social media following to promote lamb recipes and nutrition – such as England rugby star James Haskell (seen below).

Although retail sales are falling, AHDB Beef & Sheep believe the fall in the service sector, including catering and restaurants was not as substantial.

Stick some whole lamb spit roasts on at gigs, festivals, ag shows etc Start simple and get the great flavour out there in a roll and young folk enjoying lamb! #sheep365

Innovation in lamb products. Can’t just rely on legs and few chops. It’s not what the consumer wants. Few people out there trying things like lamb bacon. Imagine if you could get that to a similar level as pig bacon? Staple everyday product rather than an occasional treat.

8. Rob Massey (@MasseyRob) and Mark Jagger (@piggy_jags) highlighted the need to promote lamb’s nutritional value as well as a need for packaging to highlight its free-range and grass-fed appeal.

Don’t forget to suggest grass fed is free range. I met a food reporter for a large retailer once that didn’t eat lamb as the label didn’t say free range.

9. @KanangaBond touched on stunned/non-stunned debate associated with lamb production and the need for clarity on package labelling.

10. Tulliefarming (@andrew_tullie) posed the question: Should lamb have its name changed to disassociate itself from the animal itself in the same way beef and pork does?

I think people hear 'lamb' and think of little baby lambs which puts them off. Beef or pork doesn't have that same emotive reaction because the name is removed from the animal

11. Great Steakout (@greatsteakoutuk) emphasised the necessity for lambs to be on spec in order to meet consumer demands.

There is an issue with Lamb being too fat for consumers in general with just under 50% of lambs being out of customer specifications.