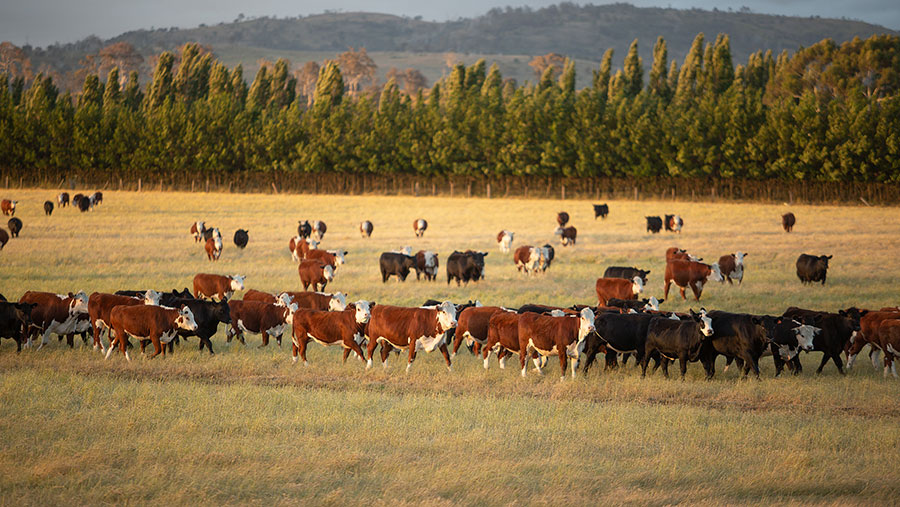 Speculation that the UK market for beef and sheep will be swamped by meat from Australia has been described as “entirely fanciful”.

An impact assessment on the UK’s free-trade deal with Australia anticipates an increase in production as its farmers make the most of new tariff-free quotas.

But speaking at a meeting of the Environment, Food and Rural Affairs (Efra) committee on Tuesday 29 March, Australia’s high commissioner George Brandis sought to reassure UK beef and sheep farmers.

“I think the fears that somehow this market is going to be swamped by Australian product is entirely fanciful,” he said.

He did not anticipate a “huge influx” of Australian beef and lamb in either the short or the longer term.

Higher prices currently being paid to Australian meat producers for domestic supply is a factor – it is 40% higher than the price UK sheep and beef farmers are receiving for meat sold into the UK market.

But Mr Brandis said greater market access and the removal of quotas and tariffs would enhance consumer choice in the UK.

“I am unsympathetic to the argument that there is something wrong with less-expensive food for poorer people, especially at a time, as in this country, where there are cost-of-living pressures.

“But if price was the only consideration; if Australian and, for that matter, New Zealand farmers can make good-quality food less expensive for poorer people, that is not a bad policy outcome.”

Mr Brandis gave an assurance that Australian farmers planned to compete with other countries that export to the UK – they were not intending to rob market share from UK producers.

“We wish to compete with other nations that the UK imports beef and sheep from,” he said.

In New Zealand, production estimates for sheepmeat suggest output will fall by 22,500t to total 436,700t by 2030, as a result of environmental regulation and water controls; the country currently produces 6% of the world’s sheepmeat supply.

In line with Australia, price will be a determining factor on where that sheepmeat is exported to, New Zealand’s high commissioner, Bede Corry, told the committee.

“It will depend on whether our farmers and exporters judge that prices are better in the UK than other markets,” he said.

However, where New Zealand does hope to secure market share is for beef, “where trade has been highly confined by border restrictions in the UK”, Mr Corry added.

There are similar aspirations for growth in exports of butter, cheese, apples, honey and wine, he said.