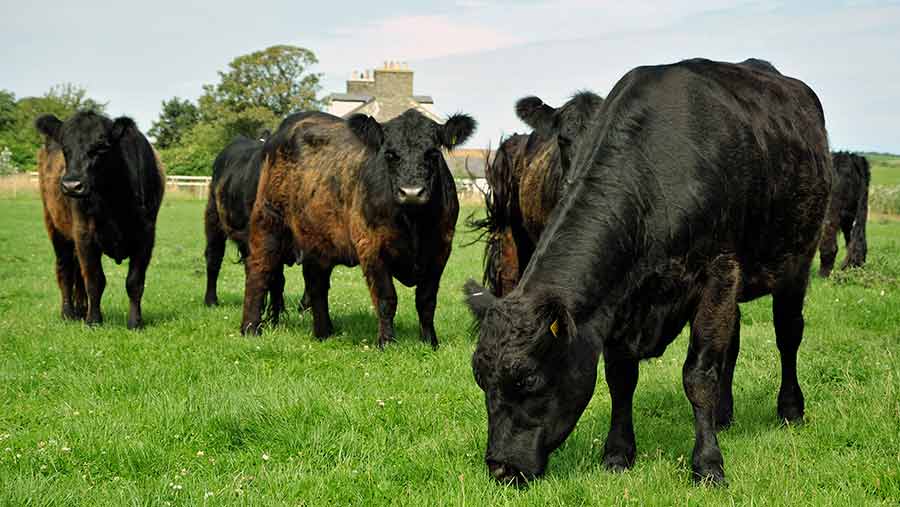 Beef farmers’ share of the retail price of beef needs to reflect that the balance of risk lies with them, rather than processors and retailers, according to NFU Scotland.

The union has warned it will use the Royal Highland Show to highlight that for the past 12 months, less than half of the price shoppers paid for Scotch beef ended up at the farmgate.

In addition, it has said it will take up farmers’ concerns about the way livestock producers are being hit by changes in weight restrictions and specifications at abattoirs.

Livestock chairman Charlie Adam said the union was challenging retailers and their processors to ensure that prices paid for cattle covered the costs of production.

“Regardless of these changes in beef specifications, there remains a need for retailers to ensure that the majority of the money consumers spend on quality Scotch beef actually makes it back to those most involved in producing the product.

“I believe shoppers would be astonished to learn that less than half the retail price for beef goes back to farmers.”

According to data from AHDB, for the first four months of this year the producer share of the final retail price was, on average, 4% less than the same period in 2015.

In April, it fell to just 45% of the retail price, compared with 49% 12 months previously.

The picture improved slightly in May 2016, when the farmer share moved to 46%.

However, it compares poorly to April 2013, when in the wake of the horsemeat crisis, farmers were getting 59% of the retail price of beef.

John Sleigh, NFUS livestock policy manager, said farmers deserved more of a margin to reflect the risks they faced taking a calf through from birth to finishing.

He had recently attended a range of store sales and there was real concern among producers about the fact they were being paid less for each animal, but their costs were not going down.

“We think the balance of risk and reward is too much in favour of later stages of the food chain,” he said.

“Farmers are getting less of what the consumer is actually paying and we want a fairer share. If they [retailers and processors] are going to ask for lower weights, we need a price rise to compensate for that.”

The Scottish beef and pig herds increased in size during 2015, while the Scottish sheep flock contracted slightly, according to a report published by Quality Meat Scotland (QMS).

Breeding sheep numbers, however, eased by 1% to 3.011 million head.

“Scottish abattoirs handled fewer prime cattle in 2015, but with average carcass weights on the increase, annual beef production volumes were only 0.3% below 2014 levels at 169,200t,” said Iain Macdonald, senior economics analyst with QMS.

Farmgate cattle prices fell back for a second successive year in 2015, with Scottish abattoirs paying an average of 361p/kg deadweight for steers, down 2% on 2014.