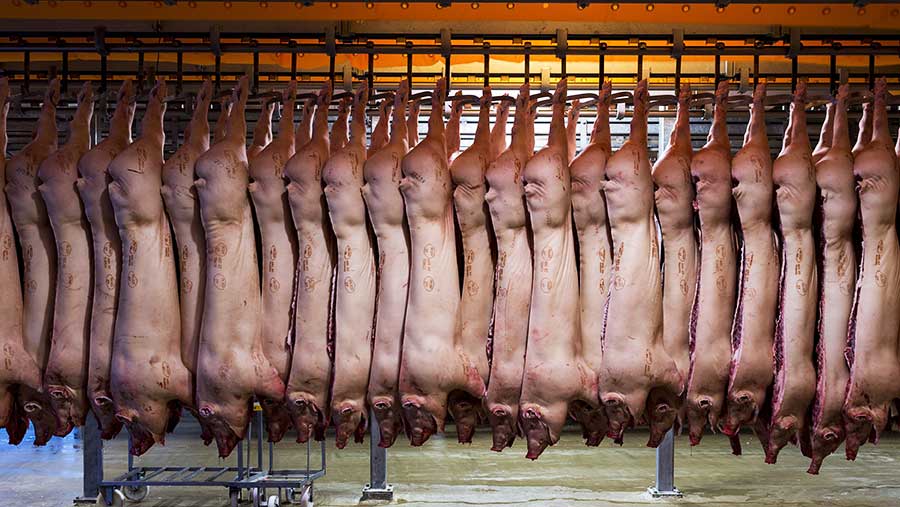 The producer’s share of the retail pork price increased for the second consecutive month in June, but still remains at historically low levels.

The farmer’s share rose from 32% to 33%, which is the highest level in 2016 so far, according to latest figures from AHDB Pork.

However, this figure is still two percentage points down on where it was in June 2015.

While the farmgate price has continued to rise since March, the retail price has remained unchanged from May to June.

Overall, the price received by producers was 9% lower than a year before, while retail prices had fallen by only 4% compared with June 2015.

However, this is nearly 2% lower than in June 2015 and means farmers’ share of the final price for beef has been less than 50% since March 2015.

NFU Scotland warned last month that consumers would be astonished to discover that farmers currently receive less than half of the price shoppers pay in the supermarket.

The union is calling for farmers’ returns to more properly reflect the risks they face as producers of beef.

In contrast, sheep farmers saw their share of the lamb price drop by nearly 2% to 51.7% between May and June 2016.