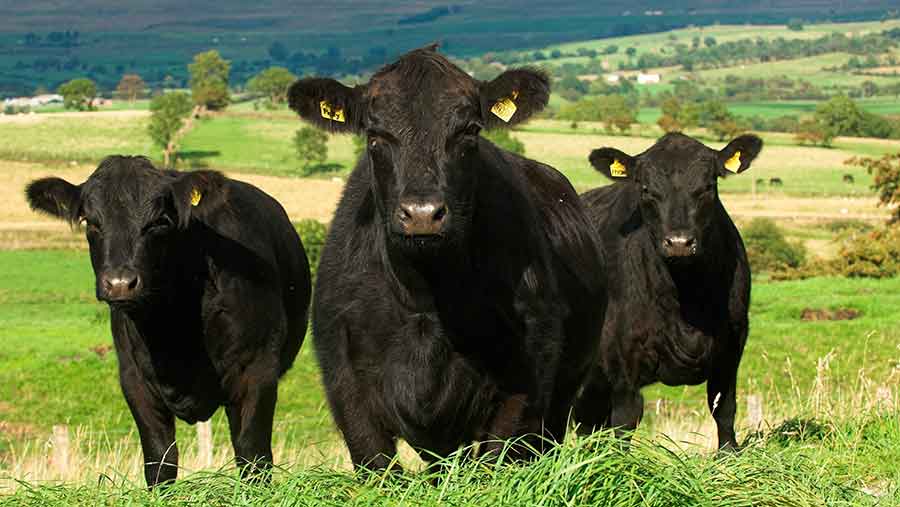 The beef trade is unlikely improve in the short term, according to Quality Meat Scotland.

The market remains well supplied with cattle and numbers show no signs of drying up, the levy board said.

QMS head of economics services Stuart Ashworth presented his outlook when the body proposed its plan for the year ahead on Monday (25 April).

The Scottish all-steers deadweight price fell from 352.6p/kg at the start of the year to 324.6p/kg in the week ending 16 April.

Supplies are plentiful. UK beef production in the first three months of 2016 was up 2% on last year, right in line with AHDB’s annual forecast.

“In terms of supply, the market remains well supplied for current demand and while there may be some short-term fluctuation in supplies, the medium-term outlook remains one of increased cattle numbers.

“Trading conditions are unlikely to improve significantly in the short term.”

On the beef side, the issues were coping with extra supply, uncertainties over the age and weight of animals coming through, and changing demands of shoppers in the UK and abroad.

The sheepmeat sector had to build on improved retail demand without comprising on price, and cope with a bigger 2016 lamb crop.

The pork sector’s first challenge was to revitalise shopper interest in pigmeat.

QMS also confirmed progress on levy repatriation – the issue of levy money collected on Scottish animals slaughtered in England, but never returned north of the border.

“We have to recognise the legal framework we are in and the solution requires an amendment to legislation in England, Wales and Scotland,” Mr Morton said. “The proposal is currently with ministers in Westminster, Cardiff and Holyrood and we look forward to progress in the coming months.”