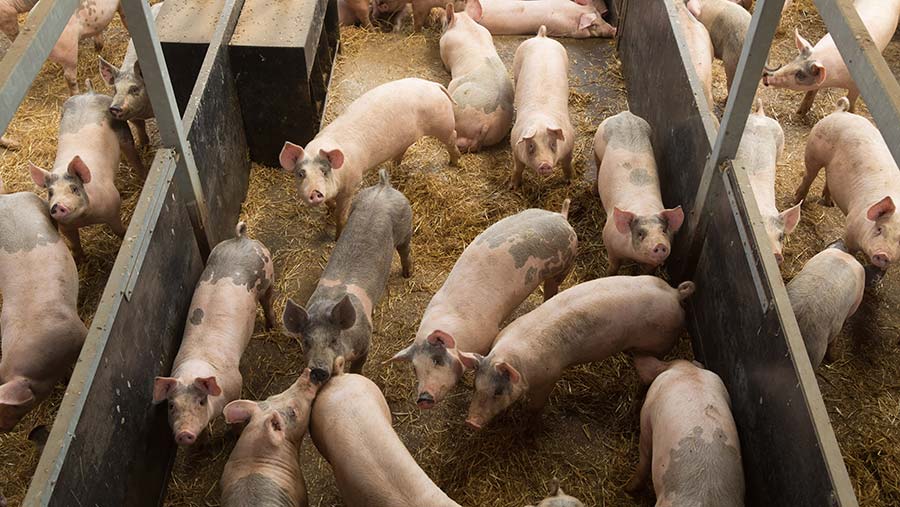 Meat manufacturers have less than two weeks’ supply of carbon dioxide in the system and failure to resolve this will likely lead to food shortages and more animals backed up on farms, the British Meat Processors’ Association (BMPA) has warned.

“Carbon dioxide gas plays a critical and irreplaceable role in the food and drink manufacturing process and businesses can grind to a halt if they cannot secure an adequate supply,” it explains.

“This means that, once their current stocks of the gas run out – estimated to be in less than 14 days – some companies will have to stop taking animals and close production lines, leading to a log jam of animals back to the farms.”

The crisis has been sparked by the decision of the UK’s major fertiliser manufacturer, CF Industries, to suspend production at the end of last week, due to the high cost of wholesale gas, which has gone up 250% since the start of the year.

Its two plants, at Ince, Cheshire and Billingham, Teeside, supply about 60% of the UK’s carbon dioxide, as a byproduct of fertiliser manufacture.

BMPA chief executive Nick Allen said this illustrated the fact that “the British food supply chain is at the mercy of a small number of major fertiliser producers”.

“We rely on a by-product from their production process to keep Britain’s food chain moving,” he said.

Carbon dioxide is used extensively in the food supply chain, including to stun animals prior to slaughter and to extend the shelflife of food products by mixing it in sealed packaging.

Mr Allen said some companies could continue to produce retail packs of meat without it, but it would reduce shelflife by five days.

“Given the current food-chain disruption caused by a lack of HGV drivers, this could pose an additional problem for retailers.”

The BMPA is looking for urgent government intervention to prop up carbon dioxide production in the short term.

Coming on top of the shortage of workers in meat plants and the lack of drivers in the haulage sector, this has plunged the meat and food sector into chaos.

Nowhere is this more keenly felt than in the pig sector, where a 25% drop in processing capacity in recent weeks has caused pigs to be backed up on farms, with an emergency cull of over-fat pigs now being talked about.

The National Pig Association’s Rebecca Veale told BBC Radio 4’s PM programme that the result would be “potentially catastrophic” for the industry, with around 100,000 pigs backed up on farm and no space for any more.

She said a welfare cull, although an “absolute worst-case scenario”, was now a very real possibility.

The British Poultry Council (BPC) has also warned of the threat to national food security if national carbon dioxide production is not supported by the government.

Poultry plants typically hold between one and five days’ stock of carbon dioxide, and suppliers are currently not scheduling beyond 24 hours in advance.

“If carbon dioxide supplies become tighter and more unpredictable, then supply chains will have to slow down. Ultimately, no carbon dioxide means no throughput.”

It could also compromise welfare if birds are backed up on farms, and lead to food waste.

Government should therefore prioritise carbon dioxide supplies to the sector and financially support fertiliser manufacturers until the end of the year.

Business secretary Kwasi Kwarteng is holding emergency talks with energy operators on Monday (20 September) to look at ways of easing the pressure that has caused gas prices to soar.

State-backed loans to gas suppliers are one possibility. There are also suggestions that supplies of gas to fertiliser manufacturers could be subsidised.

Mr Kwarteng is also understood to have had direct talks over the weekend with Tony Will, chief executive of CF Industries, the US company that owns the UK’s two big fertiliser plants. Further talks are planned for later this week.