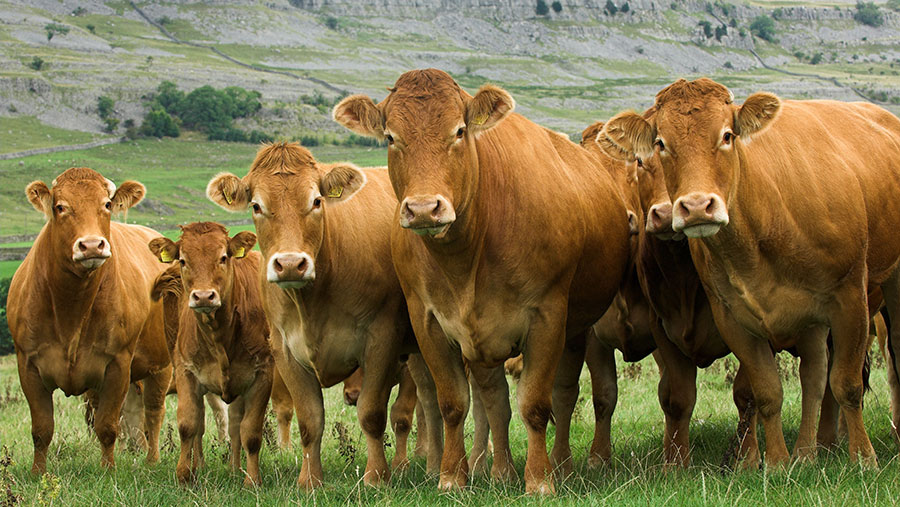 Steer and heifer deadweight prices fell in the second week of January, as consumer demand followed its usual post-Christmas easing, according to AHDB Beef & Lamb.

Farmgate prices traditionally struggle at the start of the year as consumer’s budgets tighten and new year’s resolutions kick in.

They levy board said these low prices were compounded by the resumption of a five-day week at most price reporting plants.

Despite the lower prices, AHDB Beef & Lamb said cattle had still been placed easily and there were no suggestions of booking queues in England and Wales, indicating a good balance in the trade.

The Scottish market is tilted more in the processors favour, and if the trend continues, the differentiation between English prices and those North of the border could disappear.

R4L steers in Scotland sat just ended last week just 4p ahead of their English and Welsh neighbours in the same category.