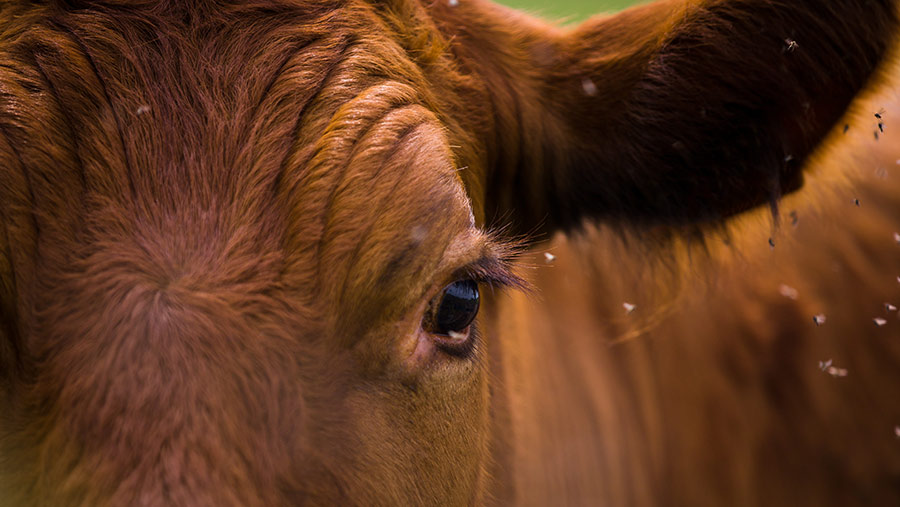 Farmers who sold fat cattle on the open market saw prices crash when the coronavirus lockdown upended consumer’s buying habits, and they should take a close look at how they can strengthen their business in future, says one of the biggest beef buyers in the UK.

Adam Buitelaar, managing director of Buitelaar Group, the largest integrated beef rearing firm in the UK and Ireland, was in the air every week until February, finding beef buyers for the 800-1200 calves the company sources every week from British dairy farms and takes through to finishing.

Then coronavirus hit and it wasn’t just the flying that stopped.

See also: Alternatives to selling livestock at markets this autumn

The overnight closure of key customer McDonald’s, as well a slump in export orders from virus hotspots such as Italy and China, saw carefully crafted supply chains grind to a halt. Panic rippled through the industry as consumers changed their behaviour, restaurants closed and prices slumped.

But just a few weeks later, after a wave of discounting by retailers to encourage shoppers to stock up on steaks and balance demand for the whole carcass, demand stabilised and farmgate prices rose above pre-lockdown levels.

UK average deadweight prices remain 34p/kg up on the year and about 11p/kg higher than the five-year average. With a greater proportion of meat being purchased from supermarkets instead of restaurants, more of what’s being bought is also British.

Import data for the month of May – the most recent month available – shows imports of fresh and frozen beef down 14% year-on-year to 16,500t, mostly due to restrictions on the flow of Irish beef.

At Buitelaar, new supply routes were hastily arranged to move more meat online and through supermarkets, and farmgate prices only dropped 5p/kg, in contrast to the open market, which saw double the volatility. Communication with the Anglo-Irish firm’s 63 staff and 2,500 farmers is still mostly conducted online, with the longest call currently clocking in at five-and-a-half hours.

“Covid-19 has been like pressing a reset button akin to the Second World War,” said Mr Buitelaar.

He believes being counted among key workers has earned farmers the renewed goodwill of consumers that has been eroded in recent years amid concerns about animal welfare and the impact of red meat on the environment and human health.

However, Mr Buitelaar warns that this is not a time for complacency and he fully expects these concerns to rise back up the agenda as the coronavirus crisis eases.

He predicts that consumers in Europe will consume less beef in the next decade than they do now and, as subsidy is withdrawn, beef farmers will have a choice to make.

This will be whether to add value through marketing a niche – such as the virtues of a particular breed, capture more of the value of an animal through direct marketing to consumers, or cutting costs by intensifying their production system.

UK beef consumption has been flat in the past decade even as overall meat consumption has grown, with the average consumer eating about 11.5kg of beef in 2019 from a total of 61kg of animal protein.

Per capita meat consumption in 2009 was 56kg according to the OECD, with a growing appetite for cheap chicken fuelling the rise in the intervening 10 years.

“There will always be people who buy cheap products and don’t care,” says Mr Buitelaar.

“It is the ones that sit on the fence that we need to concentrate on. Animal welfare is central to that.”

An important strand of that is finding a home for as many dairy bull calves as possible, rather than them being shot.

Many supermarkets are anxious to see this phased out, and this is where companies such as Buitelaar have replaced the livestock market as the broker between dairy seller and beef buyer.

But is he concerned that the rise of companies such as his are eroding the role of the open market and reducing the power of the farmer?

“A lot of people think I have things against livestock auctions – I don’t,” he said.

But he said the additional cost of selling at market compared to a private sale will mean more farmers will scrutinise its role.

He says fewer cattle will be traded through livestock markets in future, but that there will continue to be a role for them in more remote areas as a hub, where they can be used to bring animals together.

In other areas, it can be replaced by online trading and the use of collection centres rather than markets, he suggests.

But Neil Wilson, executive director of the Institute of Auctioneers and Appraisers in Scotland, said that throughputs have increased year-on-year despite the upset to market routines, where vendors were until recently encouraged not to stay to see stock sold.

Butchers are also appearing around the ring in increased numbers following a surge in shoppers returning to traditional food outlets.

“Butchers up here have seen sales up 40-80% and they are keener to get their hands on the right animal,” he said.

“The great thing about the market ring is it caters for everyone’s spec.

“Some want a big Charolais bullock and another guy wants a native breed for smaller portions.”

However, auction marts and the farmers who support them will also have to adapt, he said, by recording and sharing more data such as individual medicine records, which will be facilitated by the future compulsory use of EID tags.

Scottish farmers will have to tag all fresh calves with EID tags from the summer of 2021, but projects in the rest of the UK are not as close to being implemented.

Tightly integrated supply chains, such as broiler chickens, can in some circumstances make farmers worse off not better off, as although they help to manage risk, they take away the farmer’s ability to take advantage of moves in the market, Mr Wilson said.

Healthy competition at every level is needed to achieve the best prices, he said, noting that the 60-70 buyers around the store cattle ring at Stirling were a significant contributor to why they seemed expensive in relation to the fat ring, which only has five.

Just one in five farm businesses in England whose predominant business is grazing livestock is breaking even from its agricultural enterprises, fresh economic analysis has revealed.

Only 53% of farms broke even overall (those that achieved £100 or more of outputs, for every £100 of inputs) when subsidies, environmental payments and income from diversifications were accounted for in 2017-18, Defra said this week.

The calculations included an imputed cost for unpaid labour, but not a nominal rent figure on owner-occupied holdings.

An estimated 70% of variation between good and poorly-performing farms could be accounted for by differences in management ability and local geographic effects and 25% to variation over time (such as weather effects).

English farms ranked bottom of a performance ranking when measured against systems in Australia, Belgium (Flanders), Canada, Germany, Italy, Netherlands and the US, with the Australians coming top.

The full study can be read on the Defra website.