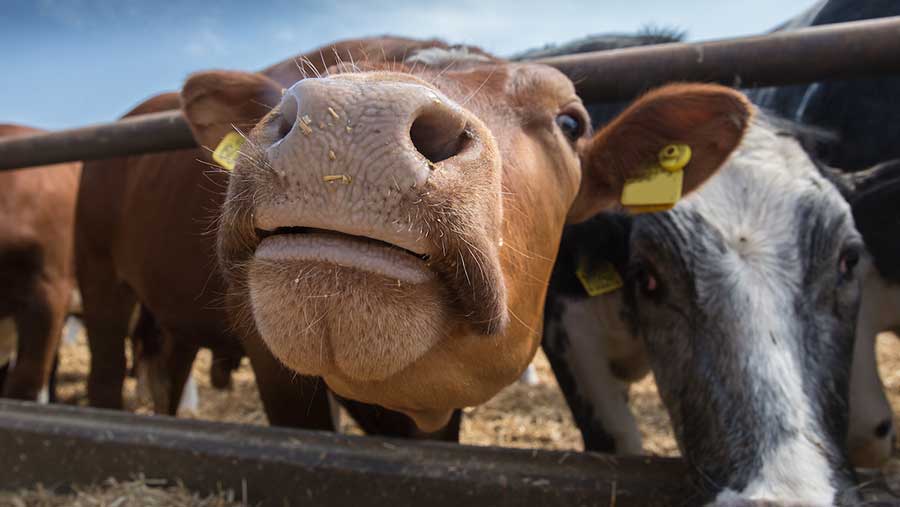 UK deadweight beef prices have gone from strength to strength, increasing for the 10th consecutive time in the week ending 3 June.

The strongest performance came from the R4L young bulls and R4L heifers categories, increasing 2.8p and 2.9p to end the week at 353.9p/kg and 369.8p/kg respectively.

The increases in recent weeks had been driven by a strong demand for commercial animals with better prices seen for cattle meeting lower specifications than R4L according to AHDB Beef & Lamb.

Slaughterings were down 10.5% on the week to 32,200 prime animals, which actually represented a higher daily throughput when taking into account the spring bank holiday.

Meanwhile, across the Atlantic, Brazil’s neighbours have picked up some of the slack left by the decline in volumes from South America’s largest beef exporter.

Brazilian exports have tailed off in the first quarter of 2017, dropping by 8% to 264,000t as a result of the political corruption scandal that has implicated the beef industry and led to record fines.

Argentina, Paraguay and Uruguay have collectively increased export volumes by 11% in the same period compared to 2016, to 186,000t – with just 749t of this reaching UK shores.

China was by far the largest buyer of beef from the three countries, accounting for about 30% of total shipments in the three months to March 2017, an increase of 35% compared with the same period 12 months before.

Russia also significantly increased imports from the three nations, increasing 56% over the same period, helped by higher oil prices over the period, which account for 70% of Russian export incomes, compared with the year before.

As Brazil remains embroiled by scandal, AHDB Beef & Lamb analysts predict other South American nations could continue to encroach on its market share, but will still remain vastly smaller in terms of size.

New laws introduced by the conservative Hindu government in India have seen a complete ban on beef sales at livestock markets, adding to the already tumultuous nature of global beef export markets.

While sending animals directly to abattoirs is still legal in most regions, for the vast majority of producers with small herds taking livestock to local markets, which act like collection centres, is often their only option.

The latest move adds to the already-in-place ban on slaughterings of traditional cattle and to a lesser extent male animals in some regions of the country and will restrict exports offering opportunities to the likes of Australia and possibly Brazil to take over India’s substantial export market, worth 600,000t in 2016.

Shipments from India account for about 20% of global beef exports so the potentially large-scale reductions in supply could lead to worldwide shortages and consequently higher price for UK produce.