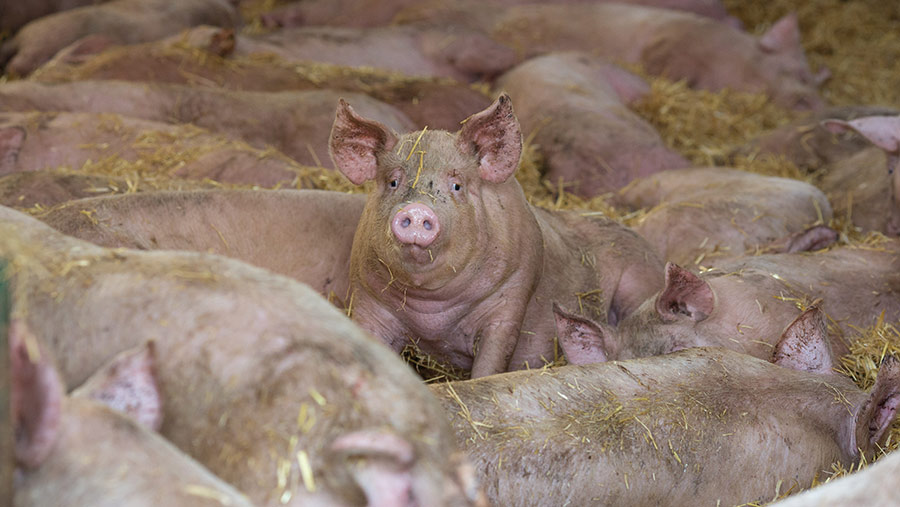 Pressure is growing for heavy pigs being bought at just 70p/kg deadweight to be taken out of the calculation of the standard pig price (SPP).

Emergency slaughter measures mean that several thousand heavy pigs are going through the system at this price weekly, although the numbers vary, which is causing the SPP to fluctuate.

This in turn drags down contract prices based on the SPP.

This follows a fall of 4.7p/kg to 146.35p/kg in the week ending 16 October, and, with fewer of these emergency slaughter animals included, a recovery to 148.2p/kg in the following week.

The emergency slaughter measures are government supported to help fund an extra day’s slaughtering for the heavy carcasses.

These are mainly destined for minimal cutting markets and some for freezing for the recently announced Private Storage Aid (PSA) scheme, which will subsidise storage costs for up to six months.

When the government announced limited help for the sector in mid-October, including the emergency slaughter measures, it appears not to have forseen the price impact of the heavy pigs on the SPP.

One solution would be for processors to pay a liveweight price for the pigs, which would take them out of the SPP net, suggests National Pig Association chief executive Zoe Davies. This would be at the discretion of the individual processor.

Dr Davies said that producers were becoming increasingly depressed as they waited for recently announced government measures to kick in.

These include temporary six-month work visas for up to 800 butchers, as well as the PSA scheme.

British Meat Processors Association (BMPA) chief executive Nick Allen said that any intervention in the market could have hidden consequences. “Price reporting is one of the things that needs to be considered,” he said.

The AHDB’s hands are tied by the SPP reporting rules and there seems little appetite at government level to change those rules.

Slaughtering is continuing on farm, mainly of younger pigs, to create a firebreak in the oversupply, said Dr Davies.

In many cases, this is being undertaken by knacker services and the carcasses removed, to avoid producers and their staff having to carry this out.

Some producers are avoiding this by giving away weaner pigs to create space in rearing and finishing units.

At just over £1/kg deadweight, average EU pigmeat prices are significantly lower than those in the UK, bringing the threat of more imports.

While the latest trade figures do not point to any significant increase in imports, the potential itself would weigh on the market, said AHDB senior analyst Bethan Wilkins.

In a further emergency measure, the AHDB is setting up an off-farm cull and render service to help producers struggling with a backlog of pigs.

Producers will have to pay a headage charge, understood to be in the region of £15 a pig, plus transport costs.

While up to 800 pork butchers are eligible to apply for temporary visas to work in the UK for up to six months, none is expected to start work until late November.

Pig sector observers say that with Christmas supplies the main priority for processors, it will be the new year before the backlog is properly tackled.

Applications opened on 1 November and employers who want to use this source of labour to help deal with the backlog must provide accommodation, which must be inspected and accredited.

The workers must isolate at their accommodation for 10 days on arrival.

Many processors using the scheme would also be paying for flights, agency fees and licences where these were needed. “There are quite a few hurdles to get through,” said Mr Allen.

Starting pay is well over £26,000, with skilled people commanding £37,000-£40,000, he said, adding that the abattoir and meat processing sectors were losing staff to warehousing and distribution jobs.