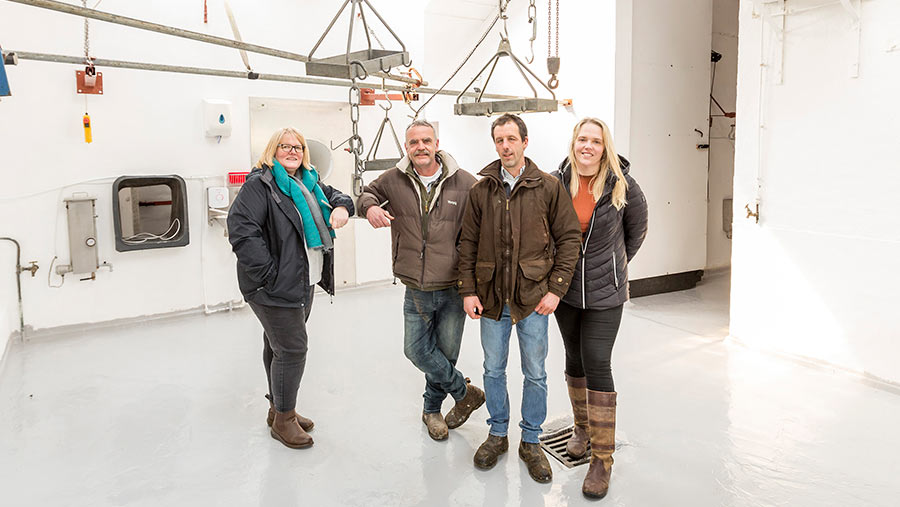 A red meat abattoir in a remote region of Wales has been saved from closure by a collaboration between two neighbouring farm businesses, sparing some farmers a two-hour round journey to another facility.

The Cae Iago abattoir near Blaenau Ffestiniog had been mothballed for three months following the retirement of its owner. This meant farmers had to travel to Corwen or Llanrwst to get livestock slaughtered.

Cae Iago looked set to become the latest casualty in the demise of the small, independent abattoir, a trend blamed in part on over-regulation.

There are now just 18 abattoirs processing red meat in Wales, compared with more than 60 in 1990.

However, the decline in abattoir numbers does not reflect a fall in throughput – the trend has been a consolidation to larger facilities.

But Cae Iago has been spared – two families who farm next to each other will provide slaughtering facilities for farmers as well as process their own lamb and beef.

Tesni and Dafydd Wyn Jones and Dewi and Megan Williams, who farm near Trawsfynydd and were customers of the abattoir, saw it as an opportunity to create their own lamb and beef brand, Cig Eryri.

The Welsh red meat levy body, Hybu Cig Cymru, welcomed the announcement that the future of the abattoir had been secured.

“They help to sustain red meat supply chains, provide opportunities to service niche markets, and provide a valuable service to farmers,” he said.

Cae Iago is the only abattoir within the Snowdonia National Park and, as such, is an important facility for livestock farmers and butchers in that region.

Mr Williams made it clear that the site would not operate solely to process meat for Cig Eryri. “Keeping the abattoir going will be for other people to sell their produce as well – it will provide a community service too,” he said.

As well as slaughtering facilities, there are plans to offer services including maturing beef and meat packaging.

The venture has been supported by Cywain, a project that supports the growth of Welsh food and drink businesses.

Cywain development manager Marial Edwards said: “The enthusiasm of this partnership to ensure the local abattoir continues to serve farmers in Snowdonia and to keep food miles as low as possible demonstrates their passion for supporting the local food and farming industry.”

Regulatory changes in the early 1990s and the cost pressures these placed on abattoirs are to blame in part for a major decline in their numbers, not only in Wales but across the UK.

The Sustainable Food Trust suggests that one in three abattoirs in the UK has closed in the past decade.

Excessive regulation, hitting small businesses disproportionately, and the increased cost of disposing of waste are said to be contributory factors.

In Wales, numbers fell from more than 60 in 1990 to about 30 in 1995. Since then the decline has been much slower following campaigning by organisations such as the Sustainable Food Trust.

“The government should be taking note of the importance of small abattoirs in the supply chain and creating legislation that maintains the rural economy in line with the Well-being Future Generations (Wales) Act 2015.”