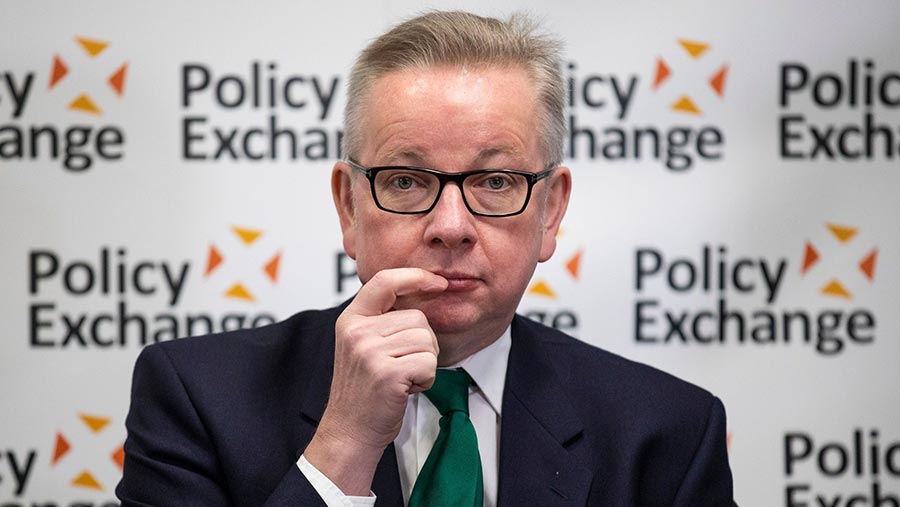 Michael Gove has back-pedalled on a plan to ban live exports from the UK, indicating his position was now in favour of “restrictions” to the trade.

WTO tariffs on live exports are between 5-15%, whereas tariffs on lamb meat are 48%, raising questions whether the U-turn is a contingency against a no-deal Brexit.

The environment secretary had previously supported a ban, launching a consultation on ending the shipping of live animals from the UK at the beginning of this year.

“I am minded to take every step that we can in order to ensure we restrict animal exports and safeguard animal welfare,” said the minister.

He added that all options, including a ban, remained on the table.

A spokesperson for the Conservatives added that the party had consistently said it would control the export of live farm animals for salughter once the UK left the EU.

They added, “Earlier this year we called for evidence on restricting and potentially banning live exports. As the Environment Secretary said, all options are on the table and a ban remains a possibility.”

Mr Gove’s flip-flop follows the announcement that P&O Ferries would stop the live export of very young calves from Scotland.

The company’s decision came after the broadcast of a widely criticised documentary, Disclosure: The Dark Side of Dairy by BBC Scotland, which examined dairy bull calves’ six-day journey to Spain.

“We can confirm that P&O Ferries will cease co-operating with the Scottish government to transport across the Irish Sea young calves destined for continental Europe with immediate effect,” read a statement from the ferry company.

“We place the highest priority on animal welfare across all of our routes and were shocked by the scenes in last night’s documentary.”

NFU Scotland launched a scathing response to the documentary, describing it as inaccurate and sensationalised.

“Although the scenes are distressing, there is actually no evidence to indicate that the Scottish calves travelling to Northern Ireland, Ireland and continental Europe were subjected to this kind of treatment,” said NFUS president Andrew McCornick.

“The distressing scenes were those of cattle being shipped onto boats, which we have discovered were obtained in Romania and were Hungarian cows.”

Mr McCornick added a segment of the documentary recorded in an Egyptian slaughterhouse was wholly unacceptable, but again there was no evidence to indicate that the cows featured were from Scotland – adding that even the clips of the dairy calves in the market were not Scottish calves.

“NFU Scotland has the utmost faith in the Scottish government and its chief veterinary officer to ensure that Scottish dairy bull calves being exported are done so to the highest of welfare standards and regulations.

“It is disappointing to learn that P&O Ferries have reviewed their policies following this sensationalised and inaccurate documentary and we will look to work closely with them to see where members of ours who this will effect can go from here.”

The president added that his union would be submitting an official complaint to the BBC in regards to the standards of the reporting involved in the documentary and journalism showcased in the programme which, disappointingly, had already had an immediate effect on the agricultural industry.