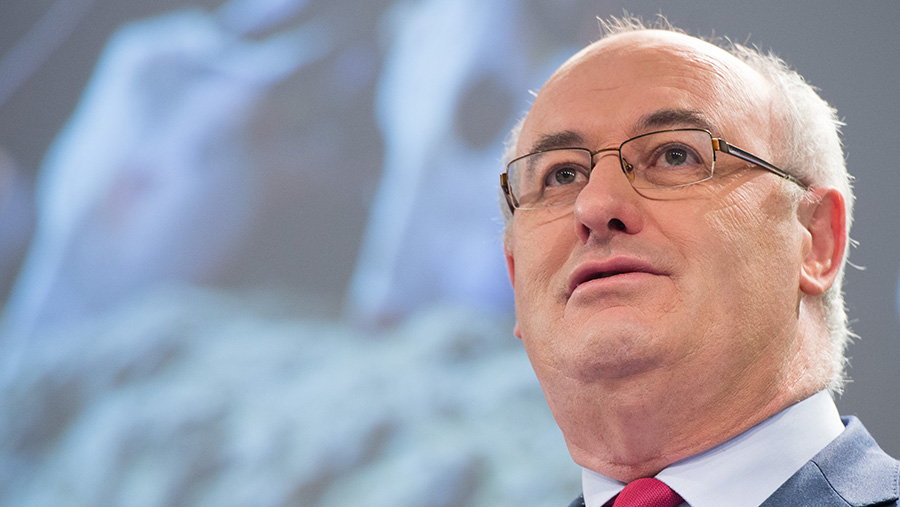 EU farm commissioner Phil Hogan has revealed that beef has been removed from a market access offer to the Mercosur trading bloc – which comprises Brazil, Argentina, Paraguay, Venezuela and Uruguay.

Mr Hogan, who is in the middle of a tour of Northern Ireland, Scotland and Wales, confirmed that beef is “off the menu” during a meeting with NFU Cymru farmer members on Tuesday morning (10 May).

The European Union and the Mercosur bloc are due to make a formal exchange of offers on Wednesday (11 May).

Pressure to remove beef and other “sensitive products” from the deal has been growing in recent weeks after it emerged that early drafts of the formal offer included a tariff rate quota (TRQ) of 78,000t of beef.

Farm leaders from across Europe warned this could have a devastating impact on the European beef sector, with a flood of cheaper imported meat depressing farmgate prices.

John Mercer, director of NFU Cymru, who was in the meeting with Mr Hogan, said the group had been pleased to hear that their concerns had been recognised and beef had been taken off the table.

“We are in difficult times in the beef sector and including beef in the deal would potentially have compounded that.”

But she said the NFU still had concerns about the controversial trade deal, which could hit other sectors such as pig and poultry.

“What we are asking for is a cumulative assessment of the impact of the Mercosur and TTIP [Transatlantic Trade and Investment Partnership] deals. They are all proceeding at a pace and we need to understand more fully what they mean for the EU livestock sector.”