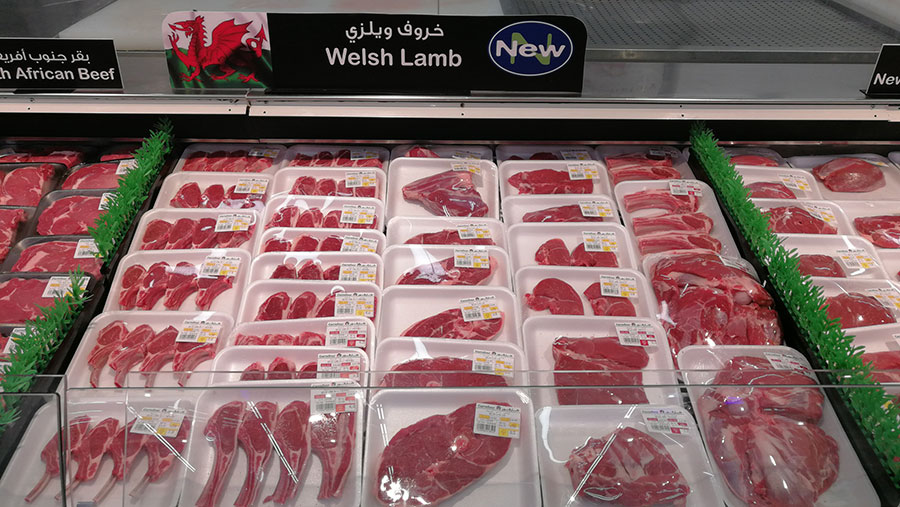 A record amount of UK lamb was exported to the Middle East in 2019, as a long-term campaign to promote the product in the region began to pay dividends.

The region, including the United Arab Emirates (UAE), Jordan, and Kuwait, imported a total of 1,410t between January and October, according to Welsh levy board Hybu Cig Cymru (HCC).

This is a meteoric 608% increase compared with last year’s total of 199t, with figures for the final two months still to be confirmed.

An estimated one-third of this is Welsh lamb, with exports being sent from Dunbia Llanybydder and Randall Parker Food.

Rhug Organics also announced last week that it would be the first business to send protected geographical indication (PGI) Welsh Lamb to Qatar.

Rhys Llywelyn, HCC market development manager, said: “The Middle East has been identified as a promising export destination by HCC for some time.

“It’s still much smaller than our European markets, but at the current rate of growth, trade to countries such as Qatar, Jordan and the UAE could have a real positive influence on returns for Welsh farmers and processors over the next few years.”