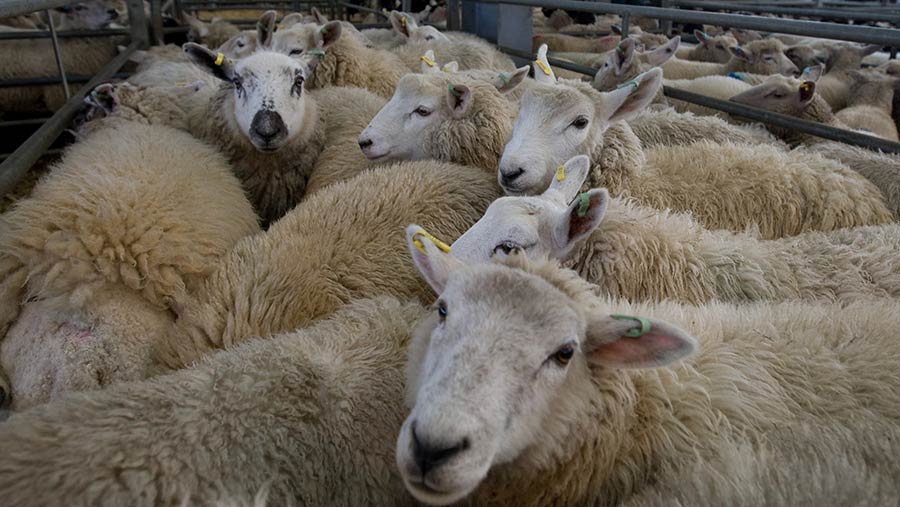 Warm weather has caused the price of lamb to tumble below the five-year average for the first time since May 2017, despite the number of animals going through markets being down by almost a fifth on the same week last year.

While prices normally slide at this time of year as supplies head towards their autumn seasonal glut, the fall is double the amount seen at the time last year despite reduced supply.

The drop is being attributed to lack of demand, coupled with an increase in either under-finished or over-finished animals coming forward.

Prices slid by 19p/kg in the week ending 11 July, taking the GB liveweight new season SQQ to 186p/kg which is 25p/kg lower than a year ago and 8p/kg under the five-year average.

AHDB said the hot weather was stifling demand for lamb, with consumers buying more beef as they enjoy the barbecue weather.

The dry and hot weather was having a significant effect on grass growth and some producers were struggling to meet grazing requirements, so lambs were coming forward under-finished, affecting the killing-out percentage and putting pressure on SQQ prices.

Alternatively, producers were feeding lambs concentrate in order to compensate for the price losses with weight, but some were ending up overfat as a result.

In June 2018, 16% of lambs marketed were above the SQQ weight bands and there has been a lack of lambs in the medium weight band.

Auction mart reports show that it is the medium to heavier lambs that are achieving the best average prices per kilo, with leaner types harder to place.

“If grass growth picks up, then a larger number may begin to appear in a few weeks which could equally support prices if meeting market demands with the better grazing conditions, but could put prices under pressure with the higher numbers.”

The decline in prices may also be linked to a rise imports. Industry reports and New Zealand trade data suggest a significant quantity of frozen sheep meat is likely to have arrived in the UK in June, although official UK trade data for June is not available for at least another month.