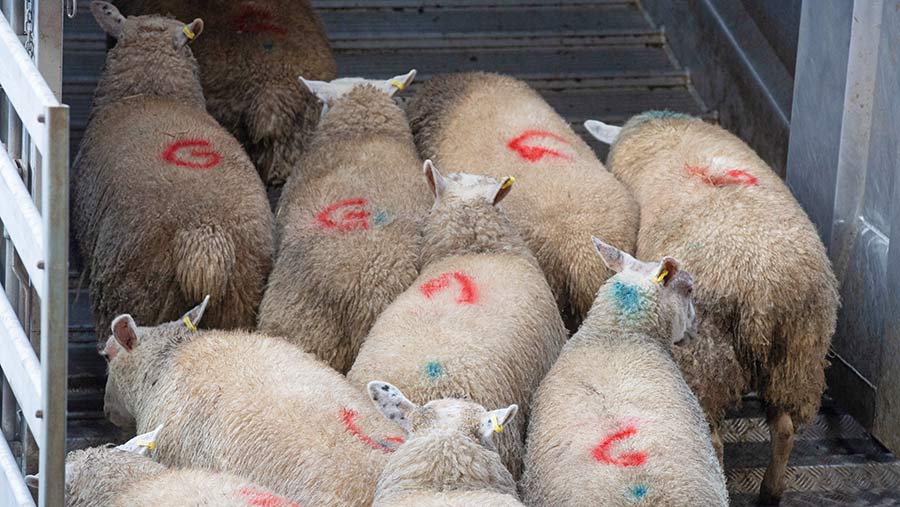 Finished lamb prices took another blow in markets in the week ending 2 August, with an SQQ average of 239.05p/kg liveweight.

However, many markets saw improvements in sales early this week, after falls that took £16-£18 a head off values last week on big numbers.

McCartneys reported a very much improved trade at its Ludlow sale on 1 August, due mainly to lower numbers at 1,052 head.

Echoing comments from other auctioneers, McCartneys’ Michael Thomas said well-fleshed lambs with weight were most in demand, with standard weights averaging 258.5p/kg, mediums at 266.5p/kg and heavies at 264.4p/kg.

A strengthening pound since 25 July has made things more challenging for exporters, while increasingly cash-strapped consumers are offering growing resistance to high retail prices.

This puts less than 10p/kg between year-ago levels and current prices.

R3Ls made up the bulk of the throughput, averaging 575.7p/kg.