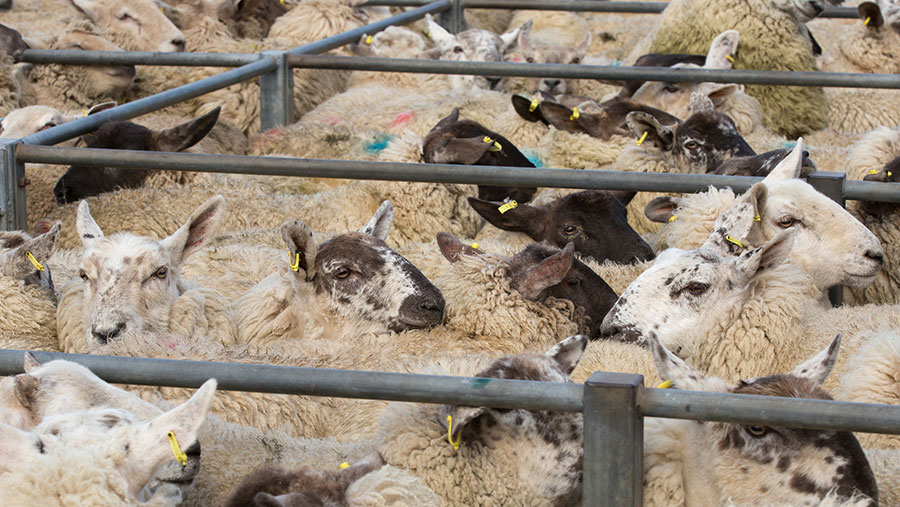 Lamb sales continue to record a mixed bag of prices.

Figures from AHDB Beef and Lamb for the week ending 22 April showed liveweight hogget prices had dropped this week after gains in the previous seven days.

Ms Wright said: “Daily prices during the week were very mixed. Saturday [18 April] recorded a large gain after an exceptional low in the previous week.”

Hogget throughputs increased to almost 115,500 head, but this is expected to drop back in the coming weeks as the market switches to new-season stock, she explained.

Continuing to look ahead, the effect of upcoming Muslim festivals is expected to be subdued.

As much of Europe remains under Covid-19 lockdown measures, the likely lower number of family gatherings will limit demand, Ms Wright predicted.

However, measures may change in a month’s time and this will be key to the level of demand created by Eid al-Fitr, which takes place on 23-24 May.

Beyond that, the next major lamb demand event in the calendar, will be Eid al-Adha at the end of July.

Muslims purchase a lamb for the Qurbani (sacrifice), and are looking for animals older than six months.

At Thrapston Livestock Market, Northamptonshire, on 23 April Bletsoe’s auctioneer Alastair Brown reported a strong trade for lambs up to 39kg.

Mr Brown said the market was stronger than might be expected given the ongoing coronavirus pandemic. But remained difficult to call.

“The normal cycle of seasonal changes can’t be relied on this year, making forecasts difficult,” he said.

The GB deadweight OSL SQQ was steady at 457.8p/kg during the week up to 18 April.

Estimated kill figures were down year-on-year at 174,500 head, most likely reflecting the lower demand for sheepmeat, Ms Wright reckoned.

However, Easter fell in the previous week, out-of-synch with the holiday period in 2019, making comparisons unrepresentative.

But, even considering that, the kill is significantly lower than would normally be expected, she added.