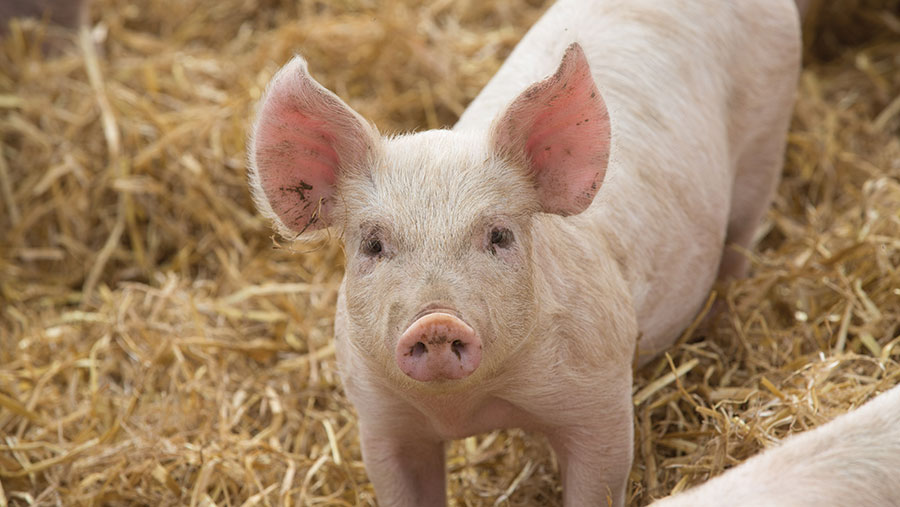 The National Pig Association (NPA) has called for the government and the supply chain to do more to support producers following the release of new data that highlight the stark drop in GB pig numbers during the past 12 months.

The figures have been provided by AgroVision – previously AgroSoft UK – which provides specialised software for the agricultural sector that farmers can use to record and manage their livestock’s performance. It receives regular data from 60% of the GB herd.

The NPA says the data give stark evidence that the industry has contracted in response to multiple crises over the past year, and how this will soon start to affect pig supplies.

See also: Pig numbers to fall sharply in 2022 as costs and backlog bite

Compared with 2021, there has been a significant reduction in sow numbers, services and weaners coming into the AgroVision system on a weekly basis, with the trend recently accelerating.

The three-month rolling average shows a steady, virtually uninterrupted decline from a monthly average of 479,000 in September 2021 to 406,000 in April.

Based on services, AgroVision is forecasting further declines in weaner numbers in May and June.

However, there has been seven consecutive months of decline since September 2021, with the rate accelerating since November, including a reduction of 14,000 between February and April.

Then came the decline, gradual at first, but accelerating in the spring, resulting in an April figure of just 34,900.

The number of herds recorded by AgroVision fell from 263 in April 2021 to 221 a year later, again following a steady decline since the autumn.

The figures appear to confirm that when the pig backlog has been cleared, the sector will rapidly move from surplus to shortage, said the NPA.

A 20%-plus fall in services and weaners produced could result in a drop of more than one million pigs a year going through the supply chain, at a time when the EU price is also relatively high and EU herds are contracting as well.

Meanwhile, despite price increases that have recently seen the standard pig price top 180p/kg for the first time ever, producers continue to lose vast amounts on a weekly basis, as costs soar to average 240p/kg in May.

NPA chief executive Zoe Davies said: “The AgroVision data should send out a message to our supply chain and government about the huge effect of this ongoing crisis on our production capacity, on top of the financial, emotional and animal welfare strain producers have been suffering.

“At a time when food security is under the spotlight, we do not want to see our production capacity eroded to the point where we are almost entirely reliant on imports.

“That is why we continue to call for all parts of the supply chain to play their part in putting prices up and for the government to provide some proper support, so we can stem this decline in UK pork production.”

Dr Davies added that some retailers are currently doing more than others to help, and said it was time for the whole supply chain to pull together to secure future supplies of British pork.

Asda, Morrisons, Aldi and Lidl – with a total market share of nearly 40% – have been highlighted as the main supermarkets that need to do more to help the industry.