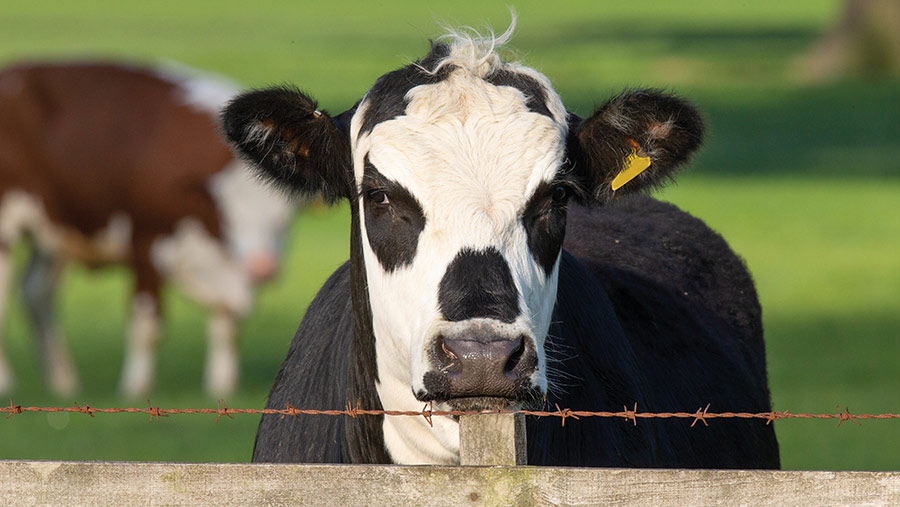 A surge in finished cattle prices this year has brought much-needed relief to a beef sector where many businesses see razor-thin profits at best, according to Andersons consultants Charlotte Dun and Ben Burton.

Average deadweight prices rose by 50p/kg between early May and mid-August as surging retail demand brought on by the coronavirus crisis met a decline in domestic beef production.

British Cattle Movement Service data at 1 July reported cattle 12-30 months of age – those most likely to be slaughtered in the next few months – are down 76,500 head (-4%) on the year.

Looking further ahead, the number of animals available for beef production under 12 months of age was similar to the previous year.

The size of the UK suckler and dairy herd have both dipped by around 1% compared to a year earlier, continuing a downward trend that has been in evidence for much of the past few decades.

Price forecast to fall back to long-term average

Despite this, Andersons forecasts that prices are unlikely to remain significantly above the current long-term average of around 355p/kg.

With true costs of production for suckler beef producers at between 380p and 410p/kg deadweight, further reductions in the beef herd are likely.

Despite a fall in dairy cow numbers as well, the dairy herd is set to make a larger contribution to beef output amid soaring use of sexed dairy semen.

The product accounted for just over half of dairy inseminations in the year to March 2020, up from 32% the year before.

Looking at the proportion of beef semen used in the dairy herd this has increased from around 25% in 2013 to 48% today.

These dairy-cross beef calves are likely to make up a larger percentage of UK beef output in future, assuming they can be finished at a profit.

While the integrated supply chain model is beginning to emerge to deliver calves of this type to an end user, it would be wrong to think that this system can produce beef at a much lower price, the analysts say.

On a cost of production basis, retailers are likely to have to pay a premium for the product over and above the current long-term market average. The extent they are willing to do so may depend on such things as:

UK producers have also benefited this year from significantly less beef being brought into the country, particularly from Ireland.

Imports from the Republic were down 11% on the year for the first seven months of 2020, with fewer shipments blamed at least partly on tight supplies.

Irish farmers may have more to send in 12-18 months’ time, threatening UK prices, as there are reports of increased numbers of calves on farm in Ireland following a reduction in live calf exports.

The ball is currently in the farmer’s court when negotiating with processors. How often can we say that?

But despite base prices of 370-380p/kg for several weeks, the fundamental challenges remain for suckler producers.

Consultants and accountants stress that a seven-month winter and an over-mechanised system are the main hurdles many beef farms have to clear to reach profit before subsidy.

Many suckler farms have a sheep flock. Would farms with sheep see as much profit from the ewes if they only sold 80-95% and housed and fed the flock for six months of the year?

A 20% lift in sexed semen use on UK dairy farms has seen beef cross calves increase from 25% of insemination to 50% in six years. We don’t know how much direct competition will come from the US, but it looks likely to come from UK dairy farms.