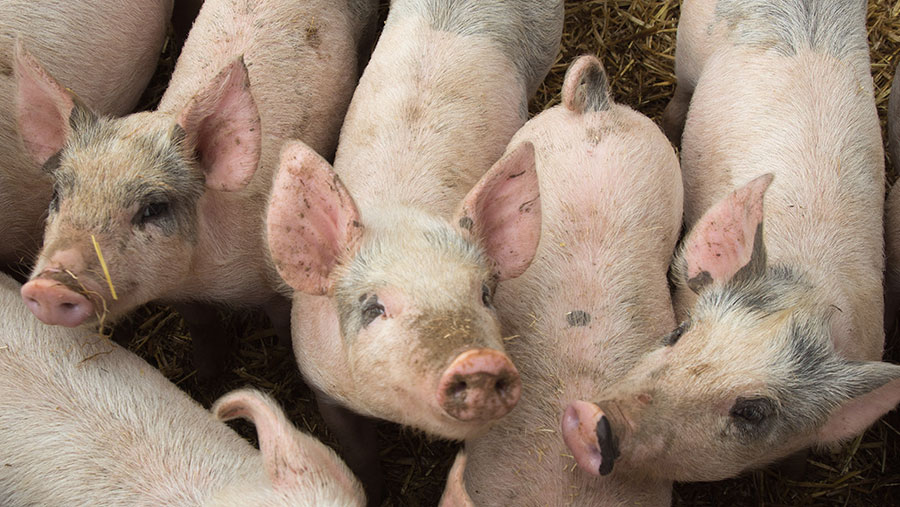 Pig producers’ share of the retail price of pork has risen to its highest level since July 2014.

The share received by the farmer rose in the month of February to 40.5%, according to figures collected by AHDB Pork.

The increase comes despite a 0.70p/kg/dw fall in the EU-spec APP price during February.

This is because the retail price recorded a bigger decline of 6.7p/kg, with the price of boneless legs, loin steaks and minced pork all falling by 4% year-on-year.

Farmgate prices have been relatively stable since the start of the year, with a decline in throughput year-on-year helping to keep prices at around 153p/kg/dw mark.

UK clean pig slaughterings in February were 12% lower than the same month in 2016, at 769,000 head – the result of an assumed contraction in the breeding herd last year.

However, Defra has also released the results of the December 2016 census, which show that pig numbers in the UK increased 2.6% over the period December 2015 to December 2016 to 4.5m animals.

The number of fattening pigs also increased, by 2.9% to 4m animals.

This was almost entirely due to firmer pigmeat prices driven by weaker sterling and tighter supplies, it said.

However, input costs were also expected to increase, particularly feed, which represents a substantial proportion of costs.