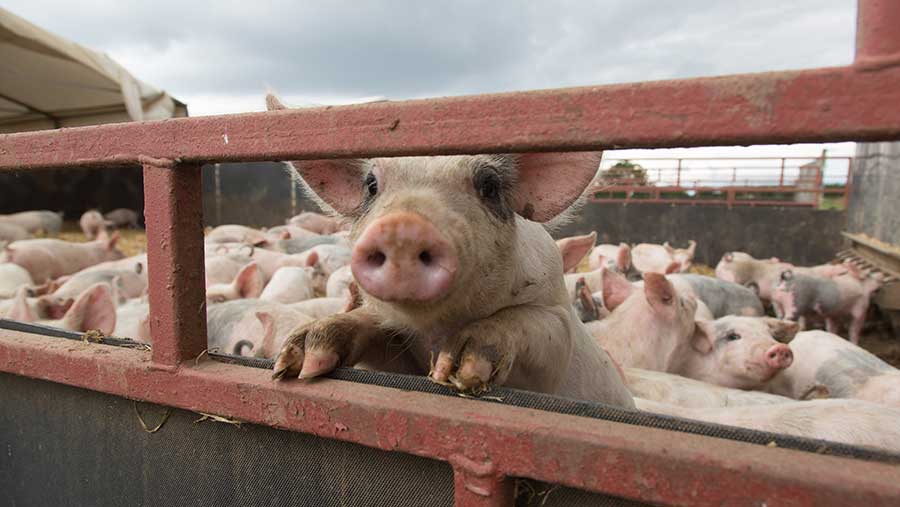 This put FBI, which essentially represents profit, at £21,645 as a result of falling pig prices and rising costs, with labour bill increases of 26% contributing heavily to this.

However, the disparity between the best- and the worst-performing pig farms in England narrowed, as average earning gaps decreased by £30,500 in 2015/16 – representing a drop of 14%.

For the first time in a number of years the incomes for contract rearing/finishing businesses were actually higher than that of breeding units.

This is according to the latest analysis from the Farm Business Survey, which has recently released the annual Pig Production in England report, comparing the performance of 62 specialist pig farms where pigs account for more than two-thirds of output.

Statistics from the report showed:

Rachel Lawrence from the Farm Business Survey said the results reflect the nature of the sample, with independent producers a lot more exposed to fluctuations in the pig market than those who are contract rearing or finishing.

She said: “The falling pig price (in the year to April)  2016 hit those farms selling direct into the market hardest. The impact would actually have been more severe, if many businesses hadn’t increased throughput through the year.”

Ms Lawrence added that continuing difficulties in the labour markets were making wages a key component to the profitability of pig businesses.

FBI essentially represents net profit and needs to cover private drawings, tax and reinvestment for sole traders and partnerships. FBI represents the financial return for all unpaid labour (farmers and spouses, non-principal partners and their spouses and family workers) and on all the owner’s capital invested in the farm business, including land and buildings.

For corporate businesses it represents the financial return on shareholders’ capital invested in the farm business.