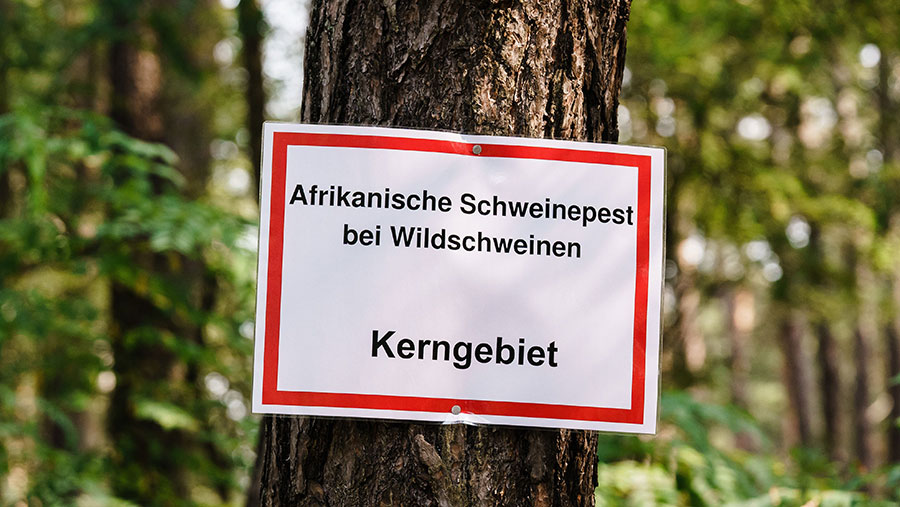 According to figures published by AHDB Pork, the GB EU-spec SPP stood at 158.23p/kg for the week ending 3 October.

Prices have fallen every week since late July and last week’s 1.39p/kg fall is the largest weekly drop since January 2018. It is due, in part, to the worsening ASF situation in Germany.

Germany’s federal agriculture ministry reported a further ASF case in wild boar this week, again within the Brandenburg region, close to the border with Poland.

The new case means 50 infected wild boar have been identified since the first was found on 10 September.

There is growing concern that the disease will hit Germany’s commercial pig production.

China has imposed a ban on imports, leading to speculation that the 521,000 tonnes of pork shipped from Germany to China each year could be returned to the EU market, increasing supply and undermining prices.

Downward pressure could also be due to a high number of pigs available for slaughter, AHDB analyst Bronwyn Magee suggested.

“This was also 13% above year earlier levels and the highest weekly kill estimate since last Christmas,” Ms Magee said.

Despite the already high throughputs, market reports suggest a backlog has developed due to processing constraints fuelling speculation of further oversupply.

Higher carcass weights may also add to the downward momentum.

With a backlog of both finished pigs and weaners, the German farmers’ union is calling for extra slaughter capacity. It suggests abattoirs could put on extra shifts and open at weekends to cope with the backlog of pigs caused by ASF-related export bans to China, Japan and the Philippines and the impact of Covid-19 on capacity.