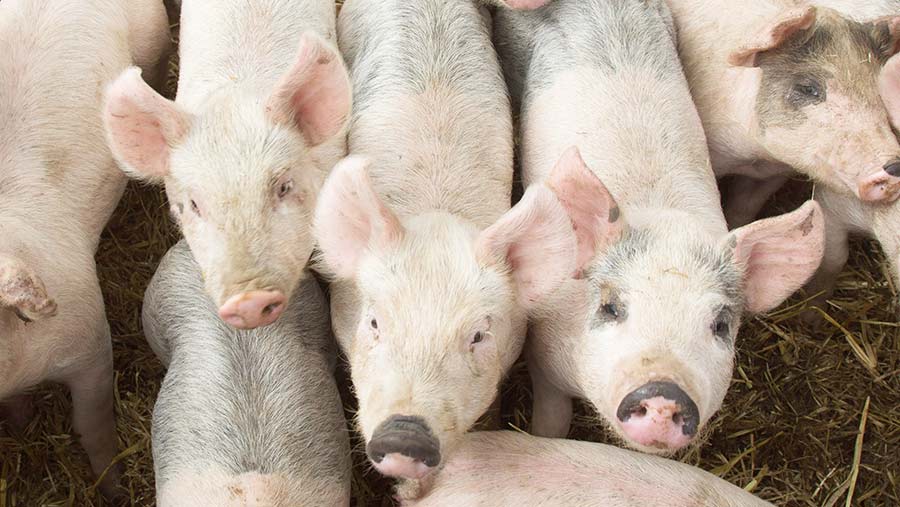 At least one million pigs have died or been slaughtered in a bid to control the disease since the Chinese outbreak began last year.

According to US Department of Agriculture calculations, the lost breeding potential means the total herd will fall from 433 million head in 2018 to about 374 million over the next 12 months.

That would represent about 59 million head or 13% of China’s vast pig herd, but the disease is still thought to be spreading and the crisis may yet deepen.

However, he suggested China’s pigmeat imports may even have to double in 2019 to supply the lost production and recover the breeding capacity.

What is more certain is that China will take many months to even begin recovering those production levels, Mr Crichton said.

“It’s not possible to ship in or produce sufficient breeding stock to recover the production capacity in the short term,” he said.

It means supply will be reduced and prices could be firmer for a long time to come, with some markets already beginning to respond.

However, UK prices have responded much more slowly, with AHDB figures showing the EU-spec SPP up 0.19p/kg at 137.96p/kg deadweight and the UK spec rising by the same amount to average 135.50p/kg by 23 March.

This follows many months of a weaker trend since the middle of last year, although European prices fell further than those in the UK.

That weaker trend means for the final quarter of 2018, finishers were losing about £7 a head, according to the most recent AHDB cost-of-production estimate.

Mr Crichton suggested the sluggish price rise for GB pigs was due to suppliers outside the UK fulfilling the early orders.

Despite ongoing trade difficulties between the US and China, he expected pigmeat from North America to be used to supply much of the deficit.

“But as that happens it will open up vacuums in supply elsewhere that British pigmeat can supply and the UK price will continue to firm,” he predicted.