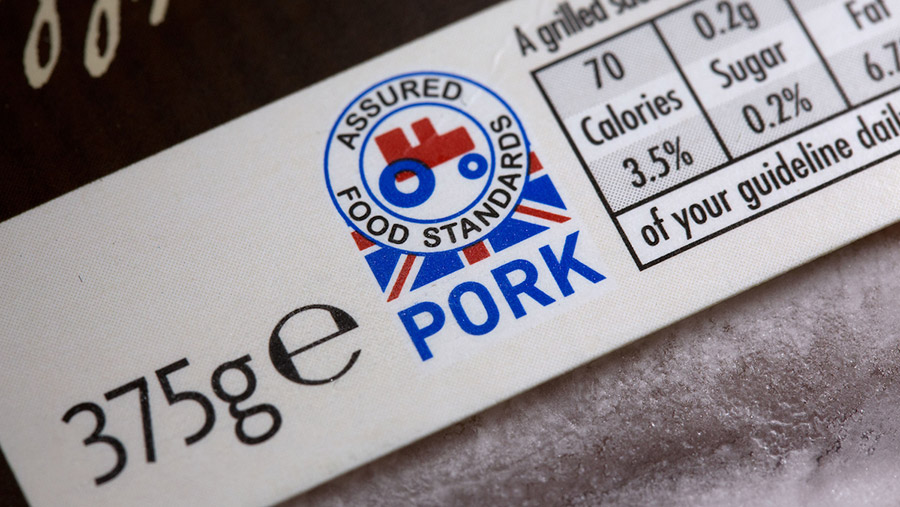 A survey of British pigmeat levels on supermarket shelves has revealed Tesco has cut the proportion of British fresh pork it displays from 72% last year to 58% this year.

The survey, carried out by ESA Retail for the AHDB, highlights the proportion of British pork compared with imported products.

The latest survey, conducted in May, revealed Tesco was bucking an otherwise upward trend in British offerings seen since the previous round in January and year-earlier figures.

See also: What causes seasonal infertility in pigs and how to manage it

Data showed Tesco’s proportion of British fresh pork on display had slumped from 72% in May 2019 to 58% in the same month this year.

However, while Tesco’s offering had slipped, Iceland was, by some distance, bottom of the pile when it came to displaying British products.

Just 35% of its fresh pork and 11% of its bacon was British, the survey revealed.

Strong backing from other retailers

In contrast to these two supermarkets, the May survey revealed stronger backing for British products among other retailers.

As with previous surveys, Waitrose, Marks and Spencer and the Co-op were the biggest supporters of British pigmeat with all at, or close to, 100% across all categories.

Aldi, Budgens, Co-op, Lidl, Marks and Spencer, Morrisons and Sainsbury’s all recorded 100% on fresh pork, with Waitrose on 99%.

How the survey works

It measures the number of product facings found in store and so will differ from sales volumes.

Asda still lags behind, but recorded notable increases in its British offering in May.

The increased proportions added up to a slight increase in British product offered since the start of the Covid-19 lockdown.

The National Pig Association (NPA)  said that the figures appeared to reflect how the UK pork sector had been able to meet increased retail demand during lockdown.

The NPA quoted data compiled by market analysts Kantar WorldPanel, which showed total UK pigmeat sales had increased by 14% in volume and 22% in value, in the 12 weeks to 7 May 2020.

“As ever, we thank those retailers who continue to source 100% fresh pork, and Aldi deserves special mention for its consistent support for British pork,” Dr Davies said.

But she said: “Tesco’s decline in fresh British is worrying, and Iceland certainly has a lot work to do to show its support for the British pork sector.”

Almost 80% of fresh pork on display was British compared with 78% in the January survey, with the proportion of British bacon on retail display increased from 43% in January to 50%, just above May 2019.

British sausage products increased to 88%, compared with 85% in January and 86% a year ago. The overall proportion of ham rose from 62% in January to 66% in May.

The increase more than negates the decline recorded in the previous week and keeps prices 13.1p above the same period last year, according to the AHDB.