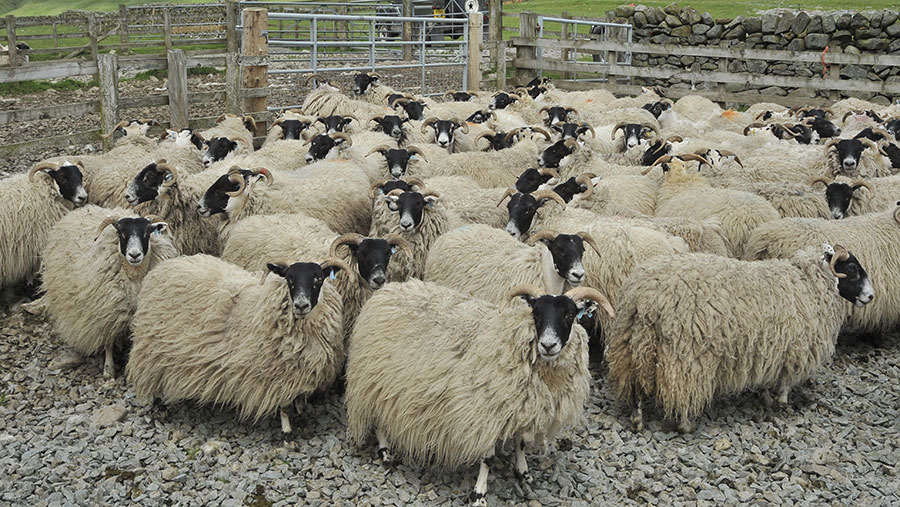 The producer share of retail price for lamb fell 5% in February from where it was 12 months previously, according to AHDB Beef & Lamb.

Despite a 1% rise taking the producer’s share to 47%, the figure was still five percentage points below the five-year average.

The slight increase was buttressed by the retail price of lamb which remained broadly stable for the month, while farmgate prices have increased marginally for the start of 2017.

But the small rise was still some way behind the far larger increases seen in the first two months of 2016, when farmgate and retail prices grew by 7.8% and 1.5% respectively.

The latest Kantar figures made for bleak reading for the sheep industry, with volumes of lamb sales down 9% on a year ago, driven by fewer people buying smaller volumes of lamb.

The levy board said the 7% reduction in total spend on lamb could be attributed to the retail price being 2% higher than at the end of January 2016.

The gap between beef retail and farmgate prices grew wider in February than it was in January, leaving the producer share of the retail price down 1 percentage point to just above 50%.

With 2017 production predicted to be tighter than a year ago, AHDB Beef & Lamb’s outlook for farmgate prices is more favourable than in 2016.

The levy board feels the retail price war among supermarkets is showing no signs of letting up and should stop retail prices from marching upwards.