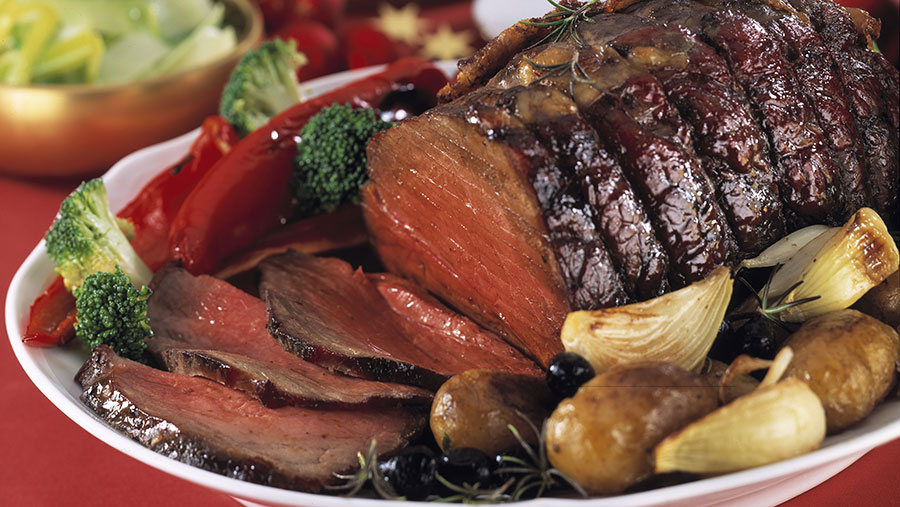 Households with three or more members bought over 20% more beef, with larger households’ purchase of roasting joints up a remarkable 47.2%.

The data is the latest in a string of positive sales figures for the beef industry, as prices close in on a five-year high.

Farmers are benefiting from many supermarkets’ rigid commitment to UK-only beef in the fresh meat isle as shoppers continue to consume more of their meals at home, rather than in restaurants where a greater proportion of meat used is imported.

It’s not clear how overall demand for British beef compares with 2019 once reduced demand from caterers and restaurants is accounted for, but prime beef prices have continued to rise in recent weeks.

The UK average R4L steer price rose by more than 40p/kg in the period covered by the sales data, and added another 7p/kg through August to stand at 386.7p/kg for the week ending 29 August.

This is 48.7p/kg above the same week last year, making a typical 380kg carcass worth about £185 more this year.

Fantastic response from the public

Glesni Phillips, data analyst with Welsh levy board Hybu Cig Cymru, said: “The initial panic buying phase in the spring where we saw demand for mince for the freezer rather than other cuts, combined with the closure of pubs and restaurants, was a huge challenge for our farmers and processors.

“But the response has been fantastic from the consuming public. Kantar Worldpanel’s beef retail sales data, like its equally positive recent figures for lamb, show that the consumer has come back to fresh red meat as a healthy and nutritious choice for family meals.”

She said the most positive aspect was the surge in sales of premium cuts following widespread discounting by supermarkets.

“For farmers and processors it was vital that these cuts, which previously would have been in high demand from the food service sector, were purchased by GB domestic consumers.”

Some supermarkets are still offering discounts, with Tesco continuing its two for £7 offer on rump and ribeye steaks, while Morrisons is offering two for £6 on flat-iron steaks, but it appears the scale and range of discounting from retailers is now receding.