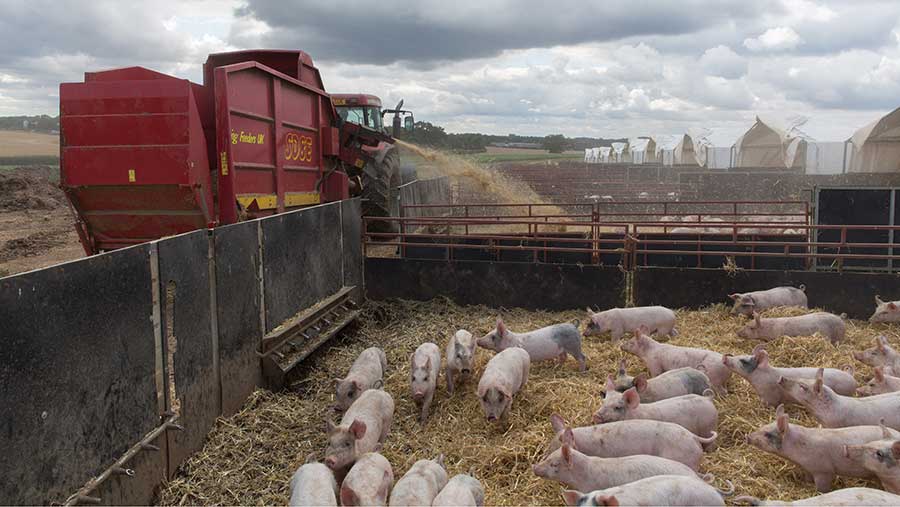 This temporarily removes pigs from the market, cutting oversupply and helping to support prices. The pigmeat would then be re-introduced to the market at a time when prices were firm enough to withstand the extra supply.

The announcement was welcomed by NFU Scotland and the Scottish Association of Meat Wholesalers (SAMW).

NFU Scotland’s pig committee chair, Jamie Wyllie, said private storage had the potential to address some of the pressure on farm due to the building backlog of pigs.

“While we await detail on how the scheme will operate, we hope that it addresses the difficulties faced by the industry,” said Mr Wyllie.

“That needs processor involvement, getting the pigs off farm and through primary processing at abattoirs and then into freezer storage,” Mr Wylie said. “All of that will still require appropriate staff numbers.

“We continue to call on the Home office to provide a more permanent solution that will give skilled staff from overseas the visas that they need and overcomes some of the language barriers to entry.”

SAMW executive manager Martin Morgan said: “The supply chain faces a number of challenges, so any assistance the Scottish government can add will help provide a much-needed degree of stability in GB.”

The PSA scheme comes in addition to payouts under the Scottish Pig Producers Hardship Support Scheme and levy holidays for November introduced by Quality Meat Scotland.

PSA for English pigmeat was announced on 14 October to enable meat processors to store slaughtered pigs for three to six months.

The English pig sector will also have a one-month pork levy holiday in November, saving it just under £1m.