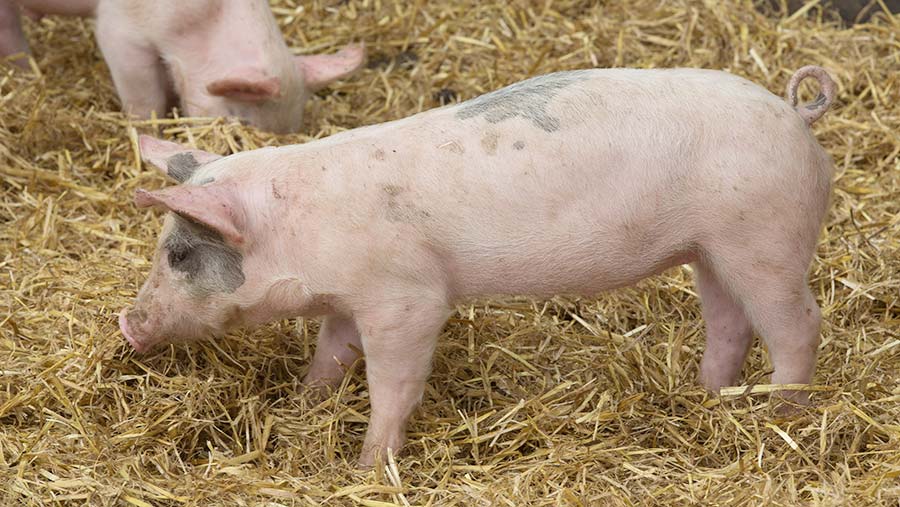 Pig numbers in the UK hit a 16-year high at 4.7 million head in December 2019, according to the latest Defra figures.

The department’s figures for 1 December show the total herd was 2% up on the same date in 2018, making it the largest year-end pig herd since 2003.

The biggest increase was seen in England, where numbers grew by 3% to 3.78 million head.

The upward trend in the English herd is in stark contrast to Scottish Government figures, which show a decline of about 7% in overall numbers north of the border.

However, AHDB analyst Bethan Wilkins urged caution in interpreting the Scottish figures because they appeared to go against evidence suggesting production was being ramped up.

“Given the significant improvement in profitability in 2019, we believe herd expansion has been under way.

“Slaughter levels between December [2019] and February [2020] were 6% higher year-on-year, pointing to increased pig numbers, perhaps even more so than suggested by the census,” said Ms Wilkins.

The significant rise in throughput over the past three months pointed toward an increase in sow numbers in mid-2019, which was unlikely to have been reversed later in the year, she said.

Meanwhile, pig prices have remained relatively stable this week, despite worries about labour shortages and supply chain disruption during in the coronavirus crisis.

AHDB senior analyst Duncan Wyatt said: “To say demand in the UK has been unsettled would be an understatement.

“Responses put in place to battle the coronavirus have led eating-out volumes to drop dramatically, while retail purchases have risen sharply.”

Likewise, spot prices remained strong, with some traders putting them at 170p/kg or more.

“As well as any short-term clamour for British pork in the retail sector, it may also be reopening Chinese ports, backed by plentiful import demand, that is behind this strength,” Mr Wyatt suggested.

Pigmeat exports remained elevated moving into 2020, as more product continued to be sent to China.

Within this, exports of fresh/frozen pork increased by 32% to 264,800t, AHDB figures show.

Volumes sent to China in January more than doubled on the year to total 174,700t but this influenced shipments to other key markets – namely Japan, South Korea and the US.

Exports to these countries suffered double-digit declines, the AHDB said.