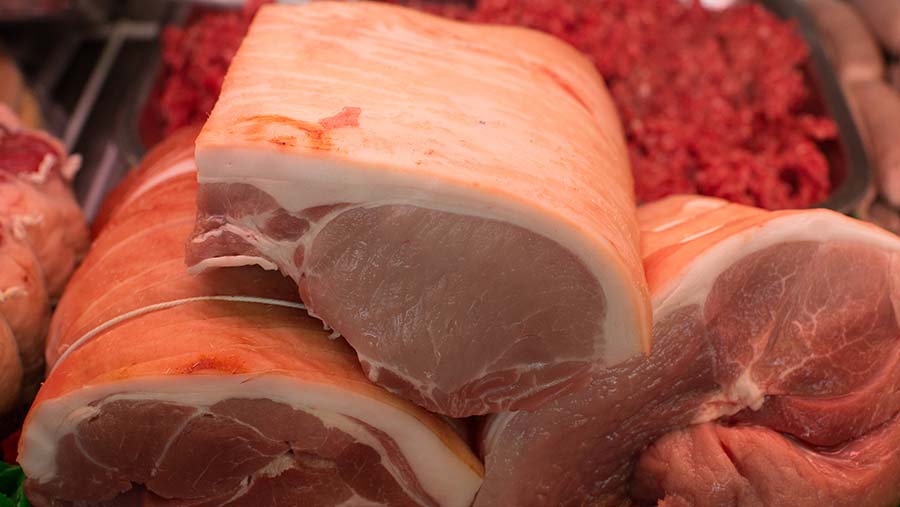 The UK will be able to export pork products to Chile for the first time, following a new trade deal announced on 17 March.

Market access has been granted for 27 pork processing sites in the UK, in a deal that has the potential to be worth up to £20m over the next five years.

Due to rules of origin and preferential trading agreements, UK pork exports to Chile will receive most favoured nation status and, as a result, will be subject to a 6% tariff.

It is anticipated that these exports will largely be specific cuts rather than whole carcasses or processed pork.

In terms of value, Chile accounts for 1.5% market share of total meat in the Americas, according to AHDB figures.

The UK pig industry also gained market access to Mexico in September 2021, which the AHDB speculated to be worth up to £50m to UK pork producers during the first five years of trade.

AHDB international market development director Dr Phil Hadley said: “Opening the market for UK pork to Chile, following gaining access to Mexico, will provide our pig farmers and processors with another valuable market to sell their products to, providing a much-needed boost for the sector in difficult times.”

Defra farming minister Victoria Prentis said: “The pig sector is facing a range of challenges and we must make use of all levers available to us. That includes new export markets, and it is great to see the Chilean market open its doors to our pig producers.”