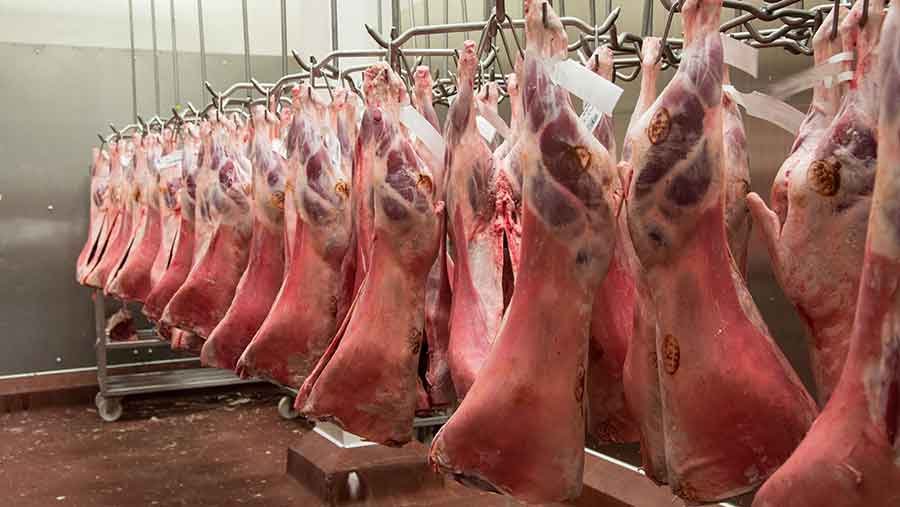 An abattoir and meat wholesaler based in Caernarfon has temporarily closed its doors, claiming there is a seasonal lack of lamb.

Menai Meats Wales said it will close for six to eight weeks until there is enough lamb on offer to justify reopening the plant in the spring.

The abattoir usually processes 10,000 sheep and 70 to 80 cattle a week, but manager Muhammad Ali said the plant had only been running at 30% capacity in recent weeks.

“It’s been the worst season for lamb availability since we began trading in September 2014.

“The company has been trying to stay open for the last three weeks, but we’ve only been able to work for two or three days a week.

“The decision was absolutely unavoidable, but we are confident that we will reopen.”

Mr Ali added that customers of the plant, including producers in Scotland and the Midlands would be unaffected, with livestock re-routed to Menai Meats Wales’ parent company in Birmingham.

Auctioneer director at Anglesea-based Morgan Evans & Co, Simon Jones, said that it was commonplace for supply to be low at this time of year.

“Traditionally numbers are tight and there’s usually a little bit of a lull with spring just around the corner.

“The increased cost of transporting stock in would only make things more difficult for them (Menai Meats Wales).”

Menai Foods Wales reopened the plant in September 2014, which was formerly run by Sher Halal Foods and United Halal Foods.