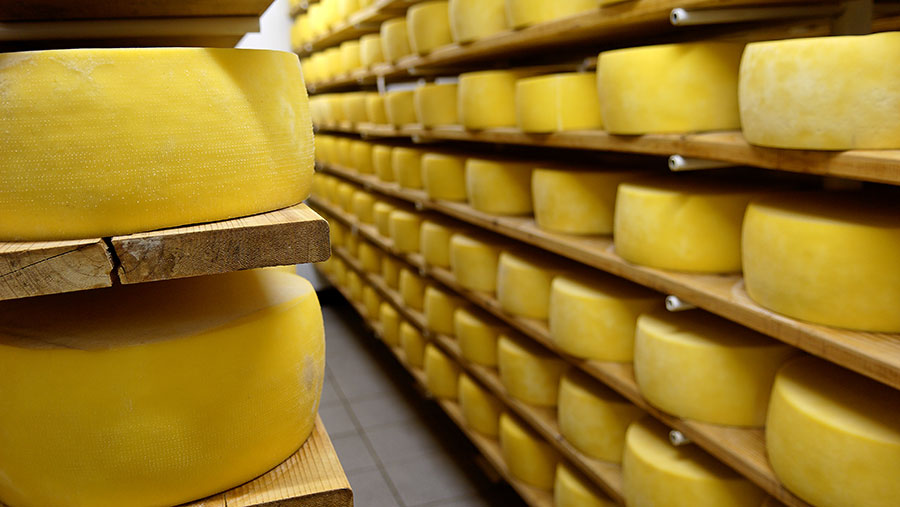 A mentoring programme to help UK farmers and food producers boost exports has been launched by the Department for International Trade (DIT).

About 97% of food and drink businesses are classified as small and medium enterprises (SMEs) and just one in five exports produce.

But the DIT suggested that trade deals being pieced together with third countries in the wake of Brexit could help open up new markets for these businesses.

The DIT said the UK-Australia trade deal, already under discussion, was a good example.

UK cheese exports to Australia currently face tariffs of up to 20% and slashing this tariff could be a major boost to UK companies, the DIT suggested.

By 2030, two-thirds of the world’s middle classes will be in Asia, creating new export opportunities for British farming, it pointed out.

The DIT’s mentoring strategy will attempt to capitalise on these openings by encouraging farmers to consider exporting food.

The programme will run in partnership with the AHDB and NFU, and match experienced exporters with businesses looking to sell on the global stage for the first time.

The first round of unpaid mentors is under way and will focus on dairy and red meat, with further programmes following later in the year.

Mentors will give practical help and advice to would-be exporters through roundtables, mentoring sessions and newsletters, and include established Devon cheesemaker Quickes.

Ms Quicke added that she was looking forward to encouraging farmers to understand markets such as Japan and the Middle East and to help producers tackle daunting issues such as paperwork.

She is already paired up with two cheesemakers and will begin discussions via a roundtable shortly.

“This is such an important initiative and shows the government has recognised the potential and importance of the British export market,” Ms Quicke stressed.

“The world is a big place and the more people who get involved and shout about British food and drink, the better.

“If I can help exporters do a better job then that helps us all.”