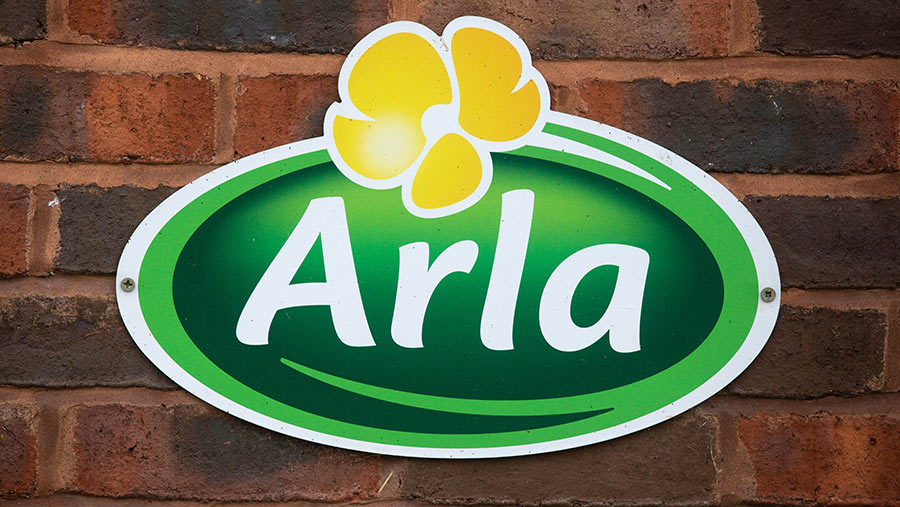 Dairy processor Arla has announced a 0.44p/litre milk price rise for its conventional and organic suppliers.

The rise will apply from 1 June 2021 and takes the manufacturing price to 33.23p/litre for conventional suppliers and 41.59p/litre for organic producers.

Prices are based on every-other-day collection in the top-quality band and a 1m litre annual supply at 4.2% butterfat and 3.4% protein.

Arthur Fearnall, Amba Foods board director and a farmer-owner, said the rise would help suppliers who were becoming increasingly pressured by rising on farm costs.

“Powder demand has been strong with increasing prices, while butter and cheese prices have weakened,” said Mr Fearnall.

While European milk intake had been lower than last year, consumption had started to pick up with a small increase through March and April, he noted.

Arla UK agriculture director Alice Swift added that plans to re-open the food service sector post Covid-19 were a light at the end of the tunnel.

Ms Swift said the gradual opening up had created a sense of optimism in the country and would ultimately see a shift in demand towards the food service sector.