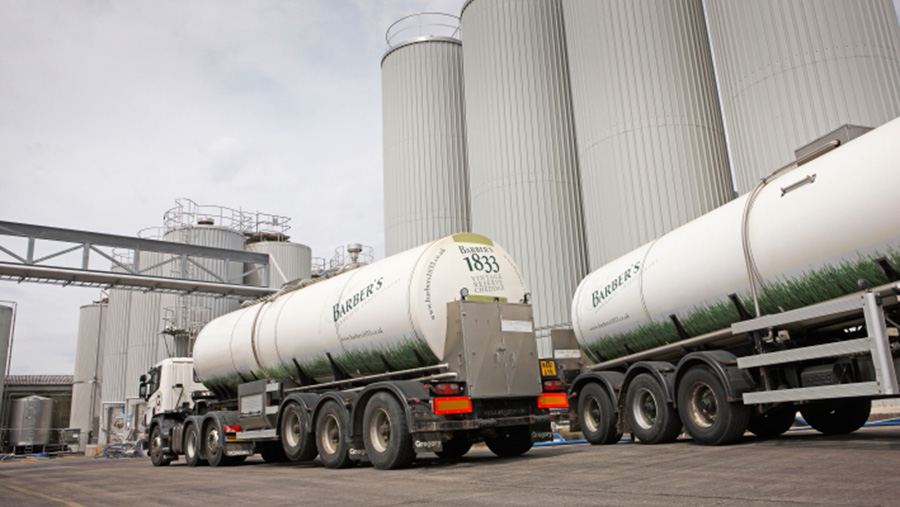 The world’s oldest cheddar cheese maker, Barber’s, has announced two milk price rises that will take its standard litre (4.1% butterfat and 3.28% protein) to 30.3p/litre by November.

However, when applied to milkprices.com’s manufacturing litre (4.2% butterfat and 3.4% protein), the price will be 30.681p/litre in September and 31.193p/litre for the following month.

The increases amount to a 0.75p/litre rise for October, followed by a 0.5p/litre gain for the processor’s 150 producers in November.

These prices exclude a seasonality bonus of 1.28p/litre, on milkprices.com’s manufacturing litre

The 1.25p/litre rise over two months is intended to incentivise higher butterfat contents in its producer’s milk to take advantage of record high wholesale prices.

Cream and fats wholesale markets have burgeoned in recent months, increasing in value by 63.3% to £2,500/tonne and 57.1% £5,420/tonne since April respectively, according to AHDB Dairy.

Barber’s also identified a lower level of supply in France, Germany and the Netherlands compared with 2016, as well as a levelling of production in the UK compared with 12 months ago as drivers for higher farmgate prices.

The commitment to a double rise follows a four-month price hold from the processor, where the price has remained at 29.050p/litre for standard litres since May.

“We wanted to send a strong message of confidence to our farmers,” said Barber’s milk supply manager, Michael Masters.

It’s difficult for producers to just turn the taps back on, so Barber’s wanted to provide as much notice as possible as to what our farmers would be getting for their milk.”

Mr Masters added: “As our average supplier produces milk of considerably higher constituent quality values than our standard litre, the increases declared will provide in practice an even larger price increase commitment.”