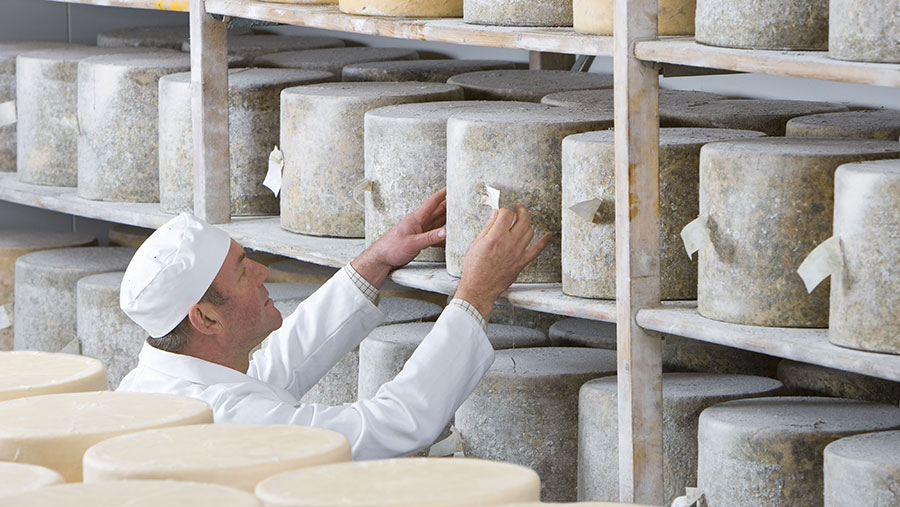 The world’s oldest cheddar cheesemaker, Barber’s, has held its milk price for May – the processor’s busiest production month of the year.

The hold means the milk buyer’s 150 producers will continue receive 28.27p/litre for milk with constituent contents of 4.2% butterfat, 3.4% protein.

UK dairy wholesale markets held firm in March, with butter, skim-milk powder (SMP) and mild cheddar all remaining virtually unchanged on the month as both buyers and sellers were reluctant to commit to long-term deals over price and production concerns.

“2018 has delivered disappointing and widespread price reductions, with some processors through the January-April period reducing prices by between 4-5p/litre,” a spokesman said.

“In context, our pricing reduced by later, and by less than others, our first reduction in March, and the combined -2.25p/litre across two months.

“We will continue to keep our pricing under review and hope that, as a consequence of the very late spring and steady UK/EU milk volumes, dairy markets will stabilise,” the spokesman said.