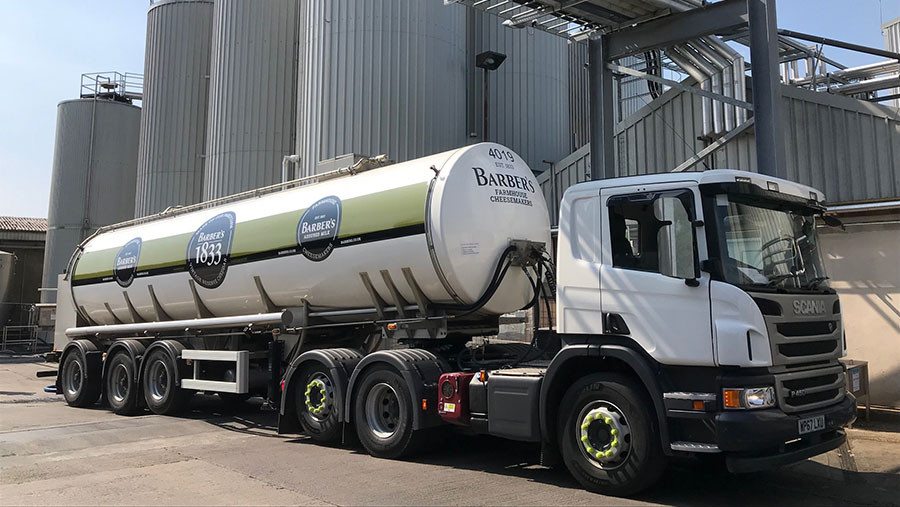 The UK’s oldest cheddar maker, Barber’s has held its milk price for July at 28.87p/litre for manufacturing litres.

Improving butter and skim milk powder values mean the processor’s 150 suppliers will receive an increase for litres above the threshold for May at 31.08p/litre.

A resurgent actual milk price equivalent (AMPE), a measure of butter and skim markets, means Barber’s farmers will enjoy a 4.28p/litre increase on the month for litres 4% above their base milk volumes for May.

The move means Barber’s has held its milk price in eight of the past 13 months, providing its producers with stability despite the volatility inherent in the dairy markets.

Meadow Foods has confirmed its fixed price deal has been facilitated by a long-term deal with UK food manufacturer, Premier Foods.

Producers who wish to opt out of the deal must notify the company by 8 June 2018.

European dairy commodity futures prices continued their march higher over the past couple of weeks.

Strong demand and lower than anticipated milk collections across the EU throughout the spring period are two of the drivers behind the price increases, despite improved milk fat and protein content for most of Europe’s big milk producers offsetting the reduced liquid milk collections.

The latest milk collection numbers for April are showing New Zealand, the US and Australia all saw increases compared with last year.

Spot European butter prices have now seen eight consecutive weeks of increases, moving up by 24% in that period.

Spot skim milk powder (SMP) prices are also heading higher, posting seven weeks of gains on the bounce, up 19% in that period. SMP prices have remained firm on the back of very strong demand, with EU SMP exports for January-March up 8% on last year while SMP prices were unfazed by the European Commission’s sale of 42,000t of Intervention stocks last week.