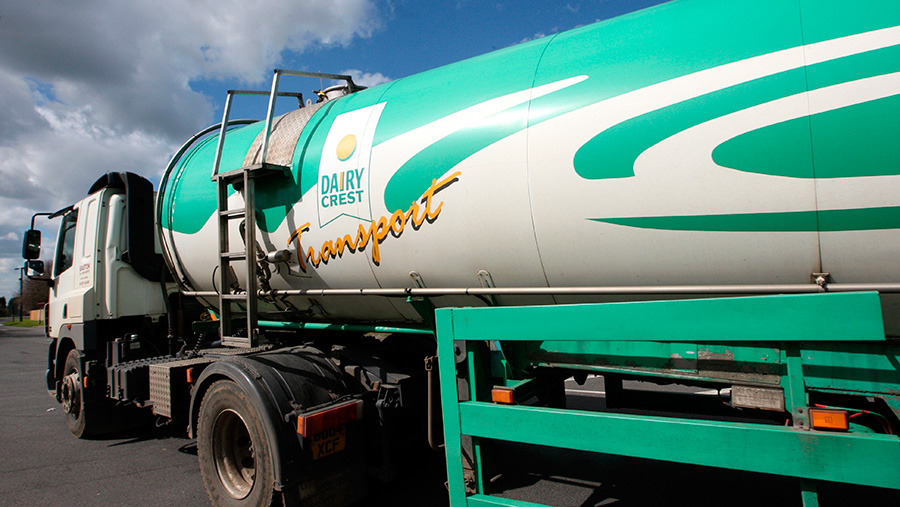 Dairy Crest has taken a penny off its milk price for the second month running.

The 400 or so farmers supplying the processor’s Davidstow factory will from July be paid 20.72p/litre, based on a manufacturing standard litre.

Dairy Crest has softened the blow with a three-month price floor, promising no more cuts until at least the end of September.

The buyer has used the tactic before, with heavier upfront drops followed by stability last winter and in the first half of 2015.

Dairy Crest head of procurement Ruth Askew said this was not a ceiling but a floor, hinting there was a chance prices might increase.

“Dairy Crest always aims to pay a fair, stable, market-related milk price. I know this reduction will be disappointing for our farmers,” she said.

“However, the ongoing deflationary pressures in dairy markets remain significant.

“We must therefore act responsibly to ensure that our cheese business remains competitive.”

In the past fortnight analysts have been hinting that the market might be on the turn.

Production in the UK has been slipping behind 2016 levels. Deliveries in the two weeks ending 21 May were 2.3% lower on the year.

The story is similar elsewhere in Europe. Irish production was down 4.1% on the year in April.

The benchmark Global Dairy Trade auction saw a 2.6% price increase in mid-May, the third rise in four sales. Wednesday’s sale (1 June) will reveal if the tentative recovery is real or not.