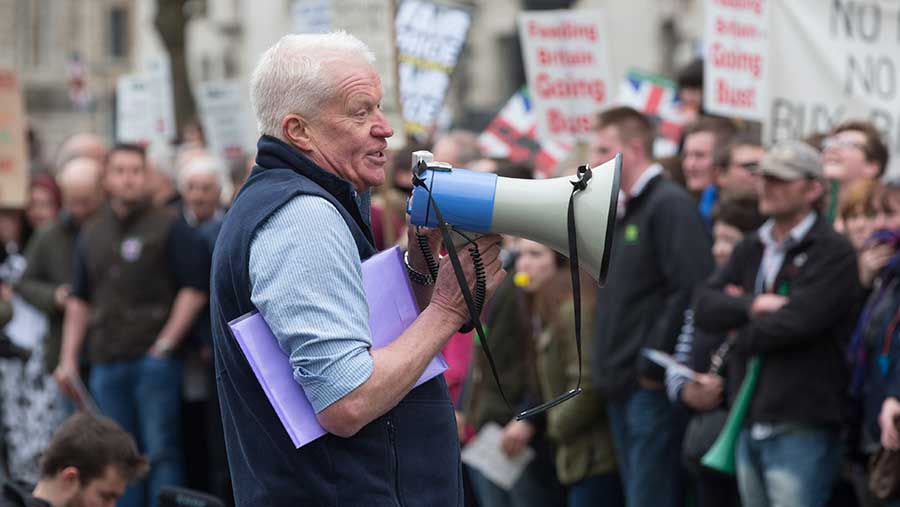 Farmers For Action (FFA) has warned that it is planning a second wave of protests aimed at persuading Muller to increase its September milk price.

The group organised a protest at the company’s Market Drayton plant on Sunday night, which attracted around 80 farmers.

A second wave of action is expected for Thursday night (11 August) with FFA members being urged to gather in Shropshire, Staffordshire/Derbyshire and the south-west of England.

A statement on the FFA website accused Muller’s farmer board of being “benign” and sitting back and accepting there would be no increase for September.

Meanwhile, farmers and farmworkers were seeking record amounts of monies from charities, it said.

FFA is arguing that Muller should be passing back to its suppliers a share of some of the higher returns that it will be making as a result of increases in dairy commodity prices.

The spot price of milk is currently around 32p/litre and the price of the estimated cream income to a liquid processor increased by 1.59p/litre (25%) to 7.99p/litre during July.

In a statement released after Sunday night’s protests, Muller hit out at the protesters, questioning whether they could claim to represent the 1,900 farmers who supplied the company.

“Disrupting a business with a track record for offering a competitive milk price to farmers and investing in the UK dairy industry makes no sense whatsoever,” it said. “We will take whatever measures we can to protect our business.”