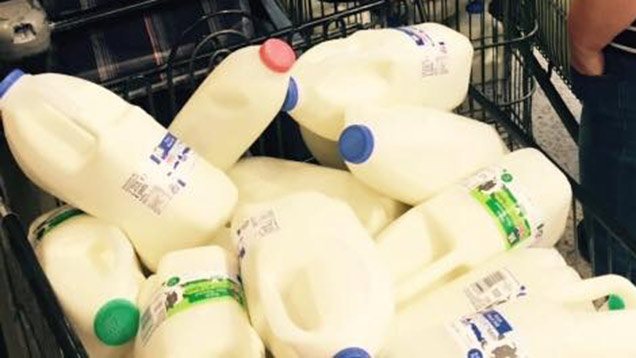 Dairy farmers are set to target Morrisons in a day of protests “with a twist” over low milk prices.

Hundreds of farmers, family members and friends are expected to turn out for protests outside the supermarket giant’s distribution centres on Thursday evening (6 August).

Dairy lobby group Farmers For Action (FFA) is organising a day of national protests at sites across the UK, from Scotland to Somerset.

“This is going to be a protest with a twist. There will be something for everyone to be involved in.

“It will not be about just standing talking to a neighbour, but it will be totally peaceful.”

FFA chairman David Handley said Morrisons would not negotiate with his organisation while farmers were targeting its stores.

But Mr Handley said all dairy farmers wanted was a fair price for their milk and he accused the retailer of “not listening to its customers”, who were telling them they were prepared to pay more to keep British farming profitable.

He pleaded with British farmers to “stand up, unite” and demand a “fair price, fair trade and a living wage”.

“We have now reached a point where the British farming industry has to stand up and be counted,” said Mr Handley.

“We, as farmers, need to stand together like we have never done before. We need to forget any past differences and deliver the strongest message ever to those who purchase our products and to those who govern our industry.

“We have had enough. We cannot continue this downward trend of pricing of our fantastic products.”

Morrisons sources most of its milk from processors Arla and Dairy Crest, which have both dropped their farmgate milk prices in the past week.

According to AHDB Dairy, it costs farmers between 30-32p to produce a litre of milk.

The NFU said Morrisons must support dairy farmers by paying a sustainable price, and develop transparent pricing mechanisms and long-term relationships with their suppliers.

A Morrisons spokesman said: “We recognise that the current issue is being caused by a reduction in global demand for milk that has led to an oversupply in the UK and very difficult conditions for many dairy farmers.”

The protests see farmers clear supermarket shelves of cartons of milk, which are then given to the public for free, with donations for charitable causes invited.

Over the past week, farmers have also targeted Asda, Aldi and Lidl because their milk prices also do not cover the cost of production, unlike Tesco and Sainsbury’s.

However, sheep farmers have targeted Tesco over low lamb prices.

Farmers Weekly has produced dairy and lamb price posters – shown below – to highlight the plight of struggling farmers to the public.